When Twilio (NYSE:TWLO) added former General Electric chief executive Jeff Immelt to its ranks, investors scratched their heads. The stock is still down over 3% since the day of the announcement, versus a 2% return for the S&P 500.

In a way, the slump is understandable. A December 2018 in-depth report in The Wall Street Journal lays a share of the blame for GE's recent troubles at Immelt's feet, citing an ill-fated deal for French power giant Alstom as a catalyst. Investors may worry that Immelt's influence could lead Twilio CEO and co-founder Jeff Lawson to make blunders of his own.

Color me unconvinced. Even if you believe Immelt was solely responsible for GE's Alstom blunder -- a stretch, considering GE's size and management structure -- one mistake doesn't make a career. Nor is Lawson the sort to make impulsive, irrational decisions at the behest of a single advisor. Rather, I think he's slowly growing Twilio's board to add needed expertise as the company scales.

In Immelt, Twilio is adding a director with global connections who can help with winning new business in new markets. 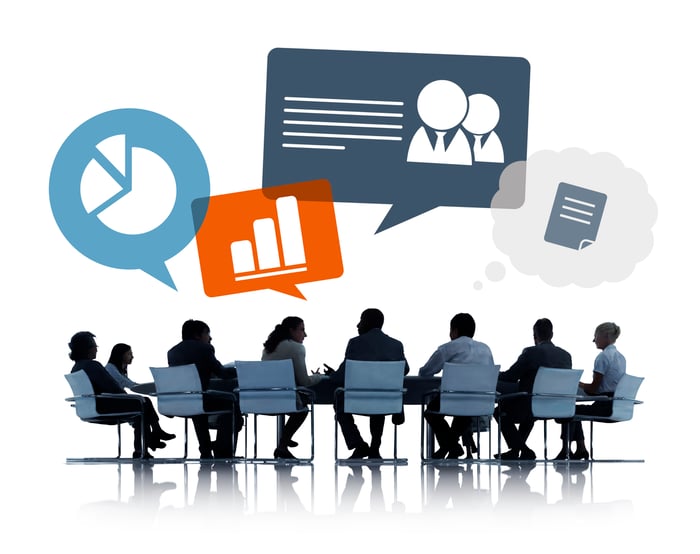 Twilio's board of directors is growing in the right ways. Image source: Getty Images.

What a good board can, and should, do

More on Immelt's specific role on GE"s board in a minute. First, let's talk about the three traits of a good public company board of directors. A good board:

Immelt has a long history as a public company executive, so it's fair to believe he'll fulfill his duties in all three areas. But it's the third factor that's most intriguing, and which makes Immelt an interesting addition to the board right now. Twilio needs to accelerate its growth overseas; GE under Immelt became a global conglomerate that generated the majority of its revenue overseas.

What to expect from Immelt, and how we can measure success

It's a reasonable bet that Lawson sees Immelt as key to growing Twilio's worldwide influence. Here's how Lawson described the former GE chief's role on the board in the press release announcing his appointment:

[Immelt] is a world class leader with deep experience guiding global operations at scale. His contributions will be invaluable as we help enterprises across the globe use the right communication channels to establish and nurture digital engagement with their customers.

We'll know if Immelt is making an impact if Twilio accelerates its global wins. There's plenty of work to do. As of this writing, 100% of the company's assets are domiciled in the U.S., which is also responsible for 75% of revenue. The other one-quarter is labeled "international," which suggests no single territory is yet material enough to be singled out in financial reporting.

Changing the mix and the narrative will be Lawson's job, but he'll lean on the well-traveled Immelt for help. That's a good thing, and I expect it to lead to good results over the long term.