Most investors know the value in dividend stocks and being paid to own the shares of your favorite company. Yet the wide prevalence of this investing strategy also means many of the dividend payers might not see much movement because investors have piled into all the biggest, best-known ones, which tend to be companies in more mature industries.

Yet if you can find relatively unknown stocks that also pay dividends, you have a better shot at not only receiving income, but also enjoying capital appreciation. Three Motley Fool contributors recommend that you check out PetMed Express (NASDAQ:PETS), Capcom (OTC:CCOEY), and Tredegar (NYSE:TG). 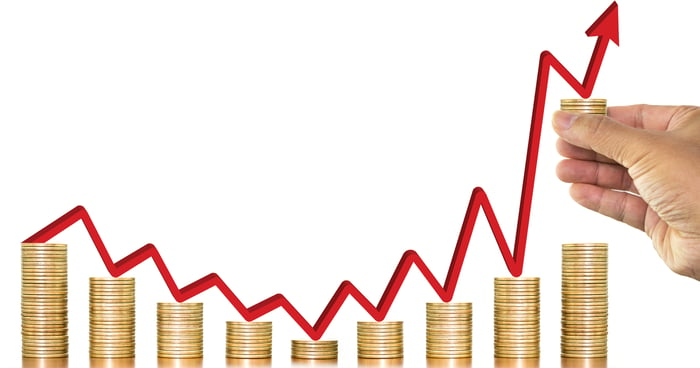 George Budwell (PetMed Express): PetMed Express arguably qualifies as an amazing yet largely unknown dividend stock. After losing a staggering 61% of its value over the prior 12 months, PetMed's dividend yield has ballooned to an astronomical 7%. And while PetMed offers one of the richest yields in all of healthcare because of this hefty slide, the company still sports a trailing payout ratio of only 57.6%, implying that its sky-high yield is actually sustainable.

The drawback is that PetMed's online pet pharmacy and supply business seems to be rapidly cooling off, because of a combination of more competition in the space and pushback from veterinarians who are attempting to deter customers from buying discounted pet products online. As a result, PetMed's sales have started to flatline in recent quarters. The company's gross margins have also been in steady decline over the last year due to higher costs associated with increased promotional activities and lower pricing points in general. Falling margins and declining sales are not the hallmarks of a thriving business.

Should income investors take a chance on PetMed? On the one hand, PetMed's sharp pullback has resulted in its shares trading at a rock-bottom price-to-sales ratio of 1.07 and at less than nine times next year's projected earnings. That's an incredibly low valuation for a company with a monstrous dividend yield and a business that's still growing -- albeit far more modestly than it has in the past. The flip side is that Wall Street simply doesn't like how this company stacks up to the competition, evinced by the fact that short-sellers continue to pile into this name with abandon.

PetMed's dividend yield clearly stands out within its peer group, but the company needs to prove that it can stave off these emerging competitive threats. Until then, income investors are probably best served by watching this high-yielder from the safety of the sidelines.

Keith Noonan (Capcom): Hardcore video game fans are probably familiar with Capcom, but it's a name that most American investors might not hear very often. The Japanese company is responsible for franchises including Monster Hunter, Resident Evil, and Street Fighter -- among many others -- and it's been a leading player in the gaming space since the industry went mainstream in the 1980s. It's also one of the few pure-play video game stocks that pays a dividend and typically offers a yield at the very high end of its industry.

The company's current policy is to pay out roughly 30% of its annual earnings in the form of dividends to shareholders, although it leaves itself some flexibility with this guideline in accordance with the needs of the business. This means that the payout tends to fluctuate depending on the company's performance, so it's probably not a great fit for investors seeking near-guaranteed payout growth. This setup still has the potential to work out for shareholders, and Capcom has reliably returned cash to shareholders each year since 2008.

Based on the company's dividend target for its current fiscal year, shares yield roughly 1.6% at today's price -- and its payout ratio is actually projected to drop to 26.7%. The payout-ratio drop is happening even though its dividend is projected to remain the same as last year's. This could be due to the company ramping up development for new gaming platforms. For comparison, the payout for its banner 2018 fiscal year would yield 2.6% at today's prices -- and its lowest annual dividend over the last 11 years (fiscal 2008) would yield roughly 1.3%.

As long as the industry climate remains favorable and Capcom continues its decades-long history of releasing high-quality titles, there seems to be a good chance that the company will continue to boost earnings, deliver market-beating returns over the long term, and cut substantial dividend checks to shareholders.

A play on a transformation

Rich Duprey (Tredegar): Although it sounds like something out of a Jason Bourne movie, Tredegar (NYSE:TG) is a manufacturer of plastic films and aluminum extrusions that had sales of $1 billion in 2018. Some 10% of its sales are to Procter & Gamble (NYSE:PG) for personal care products, though it's a declining percentage as sales grow each year; two years ago, P&G accounted for 16% of sales. Yet its top five customers represent 21% of total revenue, so there is risk.

And that was revealed when one of its customers initiated a major product transition that caused Tredegar to lose $70 million in annual sales. It's expecting sales from that customer to fall to a range of $30 million to $40 million this year, with potential for no sales afterward.

Yet Tredegar is investing in new research and development projects, and its aluminum extrusion business, its largest segment, is seeing strong growth. Sales were up 8.5% on a 4% increase in sales volumes with segment operating profit expanding more than 25% over the year-ago period.

Tredegar trades at 21 times trailing earnings, and analysts forecast that the specialty plastics and extrusions manufacturer will grow earnings at a compound annual rate of 22%. Its stock also goes for just a fraction of the sales it generates, and its enterprise value is 18 times the free cash flow it produces. While that doesn't make it a bargain-basement stock, it does reflect the market not fully valuing its potential.

Tredegar pays a dividend of $0.44 per share that currently yields 2.6%, giving investors with patience a respectable payout as it transitions its business to the next stage of growth.