Engaged Capital used its sway to push the restaurant operator to sell itself, but the buyout price was relatively disappointing.

Engaged Capital has developed quite a reputation as an effective activist investor. After successfully advocating for the sale of companies including Jamba Juice and Outerwall, the activist set its sights on steakhouse operator Del Frisco's (DFRG).

In December 2018, Engaged Capital published a letter to Del Frisco's board of directors in which it disclosed a 9.9% ownership stake and advocated for the company to sell itself. The activist got what it wanted. In June, Del Frisco's announced it would sell itself to a private equity firm, but at a relatively low price, leaving many onlookers to wonder if the buyout was a good outcome. 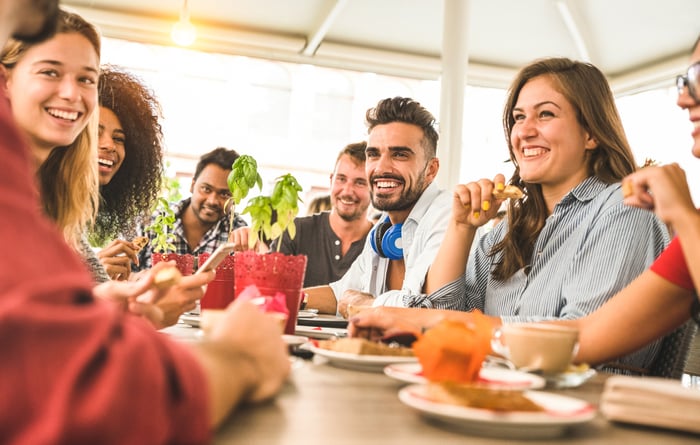 When it assembled its nearly 10% stake, Engaged Capital became Del Frisco's second-largest shareholder. That, in addition to its strong reputation as a constructive shareholder, gave the investment firm the ability to influence the restaurant company's direction. It also helped that Del Frisco's board was probably facing investor pressure after the company's stock price declined more than 50% from the start of 2018.

Engaged Capital called attention to several things that had gone wrong at the restaurant operator. According to it letter to the board, the biggest mistake made was its acquisition of Barteca Restaurant Group in 2018 for $325 million. The purchase was completed at an expensive multiple to earnings, and required Del Frisco's to take on substantial debt. A secondary effect of the deal was that Del Frisco's later issued $98 million in equity to help reduce its debt, which diluted shareholders and further fueled the decline in the stock price.

While the company's attention and financial resources were tied up in the Barteca acquisition, the operating performance of its other restaurant brands suffered. As the table below shows, same-store sales and EBITDA margins have trended lower for years. Perhaps the company's acquisition strategy was a last-ditch effort to distract investors from its poor operating performance, but the additional financial strain only exacerbated its issues -- this is a common symptom of financially leveraged companies.

The combination of Del Frisco's poor restaurant operating performance, falling stock price performance, and the Barteca acquisition, led Engaged Capital to conclude that the best path forward for the company would be a sale. At the end of the day, Del Frisco's owns a strong stable of brands -- it has just been poorly managed. But given the company's high debt load, it would need a financial infusion in addition to a fresh management team.

Engaged Capital's tactics worked. In February, the activist got a seat on Del Frisco's board, and just a few months later, a buyout was announced.

In June, Del Frisco's announced it would be acquired by private equity firm L Catterton for $650 million, or $8 per share. This was definitely a victory for Engaged Capital, which had been able to purchase its stake for an average cost of less than $7 per share, but most shareholders likely lost money on the deal. 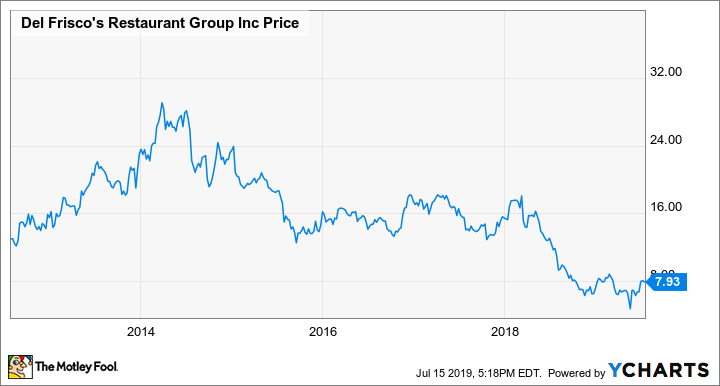 Despite the relatively low buyout price, Del Frisco's shares would likely be in worse shape today if the buyout weren't coming. That $8 per share offer represents a 21% premium to the 30-day volume weighted average price immediately before the announcement. Traders had been bidding the stock ever lower as the company's financial performance continued to deteriorate.

It's probably best to label the outcome as bittersweet. On the one hand, Engaged Capital correctly identified the need for change at Del Frisco's, and through activist tactics was able to get a seat on the board and propel it toward a relatively quick sale. On the other hand, the final deal price was a bit disappointing, although it may ultimately have been a fair value given the restaurant company's issues.

Why Shares of Del Frisco's Are Surging on Monday

Was the Second Quarter of Del Frisco's Restaurant Group Really That Bad?