Please ensure Javascript is enabled for purposes of website accessibility
Free Article Join Over 1 Million Premium Members And Get More In-Depth Stock Guidance and Research
By Keith Speights - Jul 17, 2019 at 11:58AM

Another bump in the road for Acthar is weighing on the drugmaker.

Shares of Mallinckrodt ( MNK ) are sinking today, down 8.3% as of 11:30 a.m. EDT after falling as much as 12.2% earlier in the session. The drugmaker announced on Tuesday after the market closed that it was discontinuing the phase 2b clinical study evaluating Acthar Gel in treating amyotrophic lateral sclerosis (ALS).

Mallinckrodt stated that the study was being permanently halted on the recommendation of the study's independent data and safety monitoring board. The board expressed a concern that more ALS patients taking Acthar were developing pneumonia compared to patients on placebo. 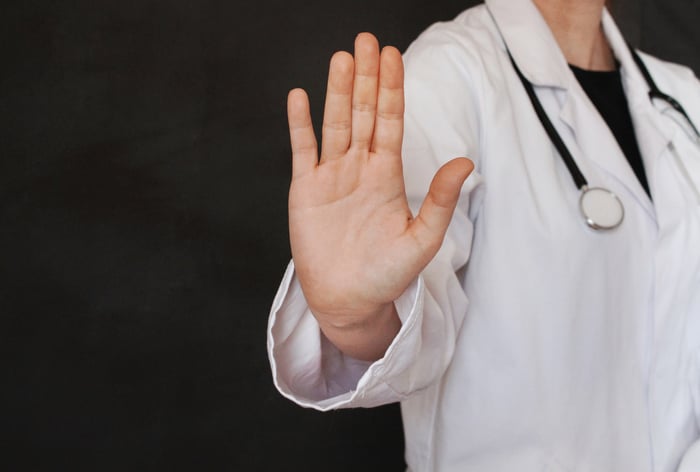 The discontinuation of the study means that Mallinckrodt won't be able to pick up yet another approved indication for Acthar in treating ALS. Acthar is currently approved by the U.S. Food and Drug Administration (FDA) for 19 indications.

The reality is that the deck was stacked against Acthar in treating ALS from the beginning. Mallinckrodt Chief Scientific Officer Steven Romano admitted this, stating, "Though the probability of success for the ALS population was acknowledged as being low, this study was initiated based on compelling analyses carried out following the completion of a small pilot study, and we were hopeful it would have translated into a benefit for this group of patients in great need of effective therapies."

Mallinckrodt's biggest challenge now has nothing to do with the ALS study discontinuation. In May, the company filed a lawsuit against the U.S. Department of Health and Human Services (HHS) and the Centers for Medicare and Medicaid Services (CMS). The goal of this lawsuit is to set aside a CMS decision that Mallinckrodt is afraid would eliminate its net sales of Acthar Gel to Medicaid.

There appear to be too many dark clouds hanging over Mallinckrodt right now to make this stock a great pick to buy. Investors are probably better off staying on the sidelines.