Please ensure Javascript is enabled for purposes of website accessibility
Log In Help Join The Motley Fool
Free Article Join Over 1 Million Premium Members And Get More In-Depth Stock Guidance and Research
By Zhiyuan Sun - May 31, 2020 at 6:35AM

Frequently, buying stocks trading below their fundamental net worth can yield lucrative rewards for investors.

You know when a company is in a great deal of trouble when its stock is trading below its book value, defined as the total value of its assets minus all outstanding liabilities. More often than not, such classes of stocks represent significant buying opportunities, as even the tiniest good news can reverse their misfortune. 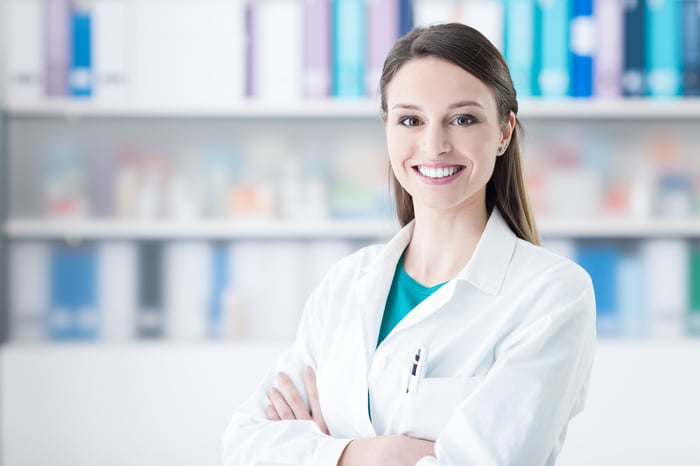 With a market cap of $13.47 billion compared to $14.588 billion in shareholder's equity, investors may be wondering why the world's biggest manufacturer of generic drugs, Teva Pharmaceuticals Industries (TEVA 1.08%), is currently trading below its book value. There are three reasons for this.

First and foremost, the Food and Drug Administration is shattering new records in terms of approvals for generic drugs. In 2019, the agency approved 1,171 drugs, an all-time high. The more copycat drugs on the market, the harder it is for generic manufacturers to obtain better margins due to competition.

Secondly, Teva is being sued by counties, cities, and states nationwide for its role in manufacturing prescription opioids that contributed to the opioid crisis. Last year, the company proposed a $23 billion settlement in the form of naloxone donations, which is estimated to cost about $5 billion to manufacture. However, not all states are on board with the idea.

Finally, the company, along with other pharmaceutical peers, is accused of violating the Sherman Antitrust Act by simultaneously raising the price of generic drugs by more than 1,000% since the beginning of 2010.

While the company faces many headwinds, the fact that investors are emphasizing the stock should trade below that of its net assets should indicate that some concerns are overblown.

For starters, the company's revenues increased 5% year over year in the first quarter of 2020 to $4.357 billion. Besides, North American segments only represent less than half of Teva's overall revenue. Its operating segments from the rest of the world should not be materially affected by the new FDA initiative.

Next, there have not been many material updates to opioid litigation since the company announced a settlement proposal, possibly due to the disruptions caused by the coronavirus pandemic. The number of opioid overdose-related deaths in America has gone down in the past few months.

Perhaps more importantly, Sanofi (SNY 2.19%) recently settled its share of generic price fixing lawsuits in March, paying just $195 million. This is a tiny portion of the sales generated by all large-cap pharmaceutical companies alike and presents as a favorable precedent for Teva.

Two initiatives by Teva, Austedo for the treatment of tardive dyskinesia and Ajovy for the treatment of migraine, are expected to bring in at least $900 million in revenue this year. Currently, Teva is trading below seven times its midpoint fiscal 2020 free cash flow guidance of $2 billion. Combined with the fact that it is trading below its net assets, this may very well be a stock that can make pharmaceutical investors rich. 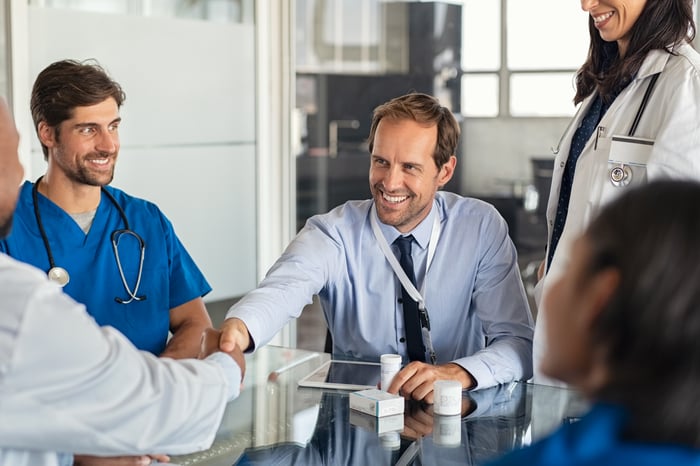 The most controversial name in pharma

With a $280 million market cap, but $1,895.8 billion in net assets, Mallinckrodt (MNK) is arguably the greatest anomaly in the healthcare sector. The company's market cap is so low that it is currently trading below its cash balance of $808 million and trailing 12-month free cash flow of $519 million. What gives?

The vast majority of the company's revenue relies on H.P. Acthar Gel. This anti-seizure drug is approved by the FDA for 19 conditions, including infantile spasms. Acthar's price was raised by nearly 100,000% to $38,892 in 2019 from $40 in 2001, simply because there were no laws against price gouging in the U.S.

Fortunately, government agencies have caught onto Mallinckrodt's gimmick. This year, the Department of Justice announced that it was taking the company to court over alleged unauthorized Medicare rebates and could face a hefty rescission payment if convicted. Nonetheless, the drug still generated $167.6 million in revenue in the first quarter, albeit at a 25% decline from the year before.

If this weren't bad enough, two more drugs manufactured by Mallinckrodt are set to lose their market exclusivity this year, putting approximately $464 million worth of revenue at risk of generic competition. The news could not have come at a worse time, as Mallinckrodt also has $7 billion in debt and litigation settlements for its role in the opioid crisis.

There is light at the end of the tunnel, however. Currently, Mallinckrodt is still profitable on a free cash flow basis, and its shares could be obtained for low prices. Besides, the company is also submitting its Biologic License Application to the FDA to market an artificial regenerative skin for patients with severe burns.

In the end, the issue of whether or not to invest in Mallinckrodt all boils down to a matter of taste. Investors who are prudent and who aren't comfortable with high-risk stocks may wish to stay away. However, for other investors who are solely interested in making money (that is, without consideration for the ethics of jacking up drug prices), there is ample money to be made in this troubled stock.