Please ensure Javascript is enabled for purposes of website accessibility
Log In Help Join The Motley Fool
Free Article Join Over 1 Million Premium Members And Get More In-Depth Stock Guidance and Research
By Zhiyuan Sun – Updated May 15, 2020 at 8:21AM

Indiscriminate sell-offs can lead to opportunities the crowds have missed. Here are three stocks that fit the criteria.

Companies that suffer dramatic declines in their share price typically look like poor investment options. More often than not, the phenomena illustrate that something has gone horribly wrong with their business. As the saying goes, there's never just one cockroach in the kitchen. However, in certain situations, investors' capitulation can make businesses so undervalued that even the slightest bit of good news can turn their share prices around.

Warren Buffett once said, "Most people get interested in stocks when everyone else is. The time to get interested is when no one else is. You can't buy what is popular and do well." Today, we'll examine three stocks that have been devastated amid the coronavirus sell-off but have more value than meets the eye. 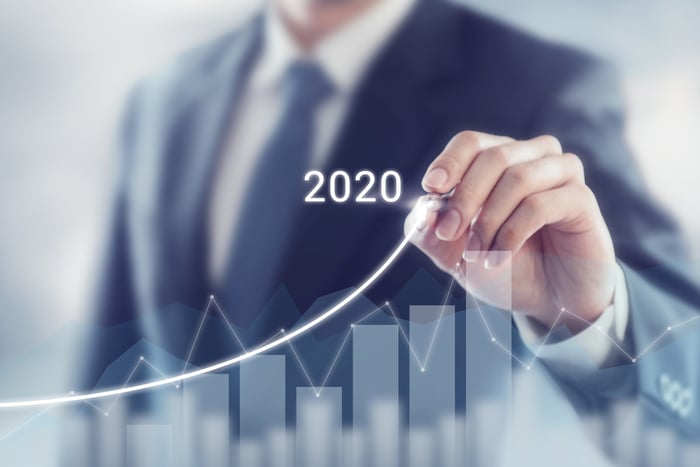 Seventeen months after the legalization of cannabis in Canada, market demand for the commodity has grown far slower than anticipated. As a result, Canopy Growth (CGC -2.11%) is eliminating 500 jobs and closing down 3 million square feet of growing space in two greenhouses. Shareholders certainly did not appreciate the announcement, and heavy sell-offs tanked the stock, which is down by nearly 30% year to date.

However, I think Canopy Growth's fortunes are about to reverse -- perhaps surprisingly -- due to the ongoing COVID-19 pandemic. With record numbers of people in the U.S. and Canada being laid off and staying at home, this can create an environment of stress and anxiety. When people are stressed, some turn to smoking marijuana or using other cannabis products for relief. This trend is well supported by sales data. Before the vast majority of lockdowns took place in March, weed sales across 130 stores using e-commerce platform Jane Technologies were up between 52% to 130% month over month.

Canopy Growth is one of the most likely pot stocks to benefit from the increase in demand. For starters, the company's financial health is in superb condition with approximately $1.22 billion in cash and investments, net of debt and leases. Since March 2015, the company's revenues have shown consistent growth year over year and amounted to $290.28 million in 2019 on a trailing 12-month basis.

Tivity Health (TVTY) is a provider of nutrition, weight loss, and fitness services. Its stock has declined by nearly 60% year to date due to its leverage and potential waning demand for its discretionary products amid a looming recession. Indeed, the company generated over $300 million in revenue in the past quarter but recognized a loss of $198.11 million, largely from marking down the hefty premium it paid to acquire Nutrisystem.

However, the woes are likely temporary as Nutrisystem is one of the strongest brands in the weight loss sector. Unlike its competitor WW International (WW -4.66%), Nutrisystem uses home delivery meal kits to help users achieve weight loss goals, a service that makes it more resilient to COVID-19 quarantine restrictions.

Currently, Tivity Health is trading for about 0.4 times its 2020 sales guidance, and less than three times its adjusted earnings before interest, taxes, depreciation, and amortization (EBITDA) guidance. The company is definitely lucrative from a valuation standpoint, and I expect shares to rebound once consumer discretionary spending picks up again when economies around the world reopen.

Mallinckrodt (MNK) is a pharmaceutical company that markets H.P Acthar Gel, an anti-seizure drug that's a first-line therapy for treating spasms in infants and is FDA-approved for 18 other indications. At one point, the drug brought in nearly $1 billion in annual revenues -- largely due to price hikes.

In doing this, the company generated a great deal of controversy. Recently, the Department of Justice alleged that Mallinckrodt abused Medicaid rebates with regards to its coverage of H.P. Acthar and should repay the $650 million it got in rebates. Combined with a $1.6 billion global settlement for its role in the opioid crisis, and the debt on its balance sheet, this brings the company's long term obligations to $7.62 billion. That's a lot of money to be owed for a company that only generated $519 million in free cash flow in the past 12 months.

It should be no surprise the company is trading for less than its adjusted earnings per share of $5.96, as it plans to file for bankruptcy in its specialty generics unit. But Mallinckrodt does have two catalysts that may turn the company around.

First up is its artificial skin StrataGraft. In phase 3 clinical trials, StrataGraft was 96% effective at treating burn wounds after a three month period. This is significant, as patients would no longer require donor skin to heal burn wounds, and can instead rely on artificial skin patches manufactured by Mallinckrodt. The skin replacement market is estimated to grow by $4 billion in developed countries in the next four years. Mallinckrodt expects to complete its Biologic License Application to the Food and Drug Administration in the coming months.

Secondly, the company is investigating the use of INOmax (a nitric oxide inhaler) for the treatment of COVID-19 patients with low levels of oxygenation. Although the medical device lost its patent protection in 2017, an authorized generic version is still being commercialized. Last year, INOmax generated $571.4 million in revenues, representing a 5.3% growth from the year before.

Overall, for brave pharmaceutical investors who are not afraid of the company's ethical and legal troubles, there may be ample money to be made in this stock.