Content-delivery specialist Limelight Networks (NASDAQ:LLNW) reported second-quarter results Wednesday evening. The results fell short of analyst expectations and management slashed their full-year estimates across the board, with an eye toward acceleration in the back half that should carry over into 2020. Investors shrugged at the promise of long-term improvements and focused on the more disappointing details instead, sending share prices as much as 15.2% lower in Thursday's trading session. At the end of the day, Limelight had recovered to close the session down 10.2%.

What happened with Limelight Networks this quarter? 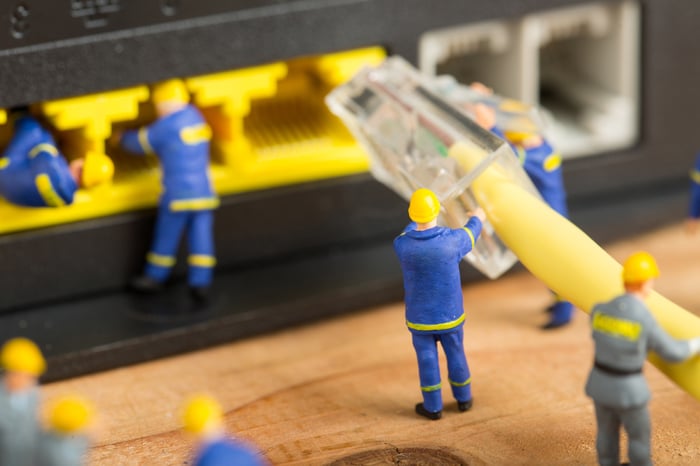 In the earnings call, CFO Sajid Malhotra highlighted his company's strong position in the video-delivery market, which looks like a market-beating niche for the foreseeable future. In particular, Limelight should be able to steal content-delivery market share from archrival Akamai Technologies, thanks to Limelight's stronger stance in video streaming.

I think that the video segment is growing at a much faster rate, and I think that the quality that those customers want matches up better with our capabilities. And obviously the price points for delivering quality video are higher than delivering, non-discriminate software, for example, in the middle of the night. So, we think that we are participating in the right part of the market where the growth rates are particularly high.