GoPro (NASDAQ:GPRO) has been on a wild ride since it went public in 2014, but it has now shed some unsuccessful projects and refocused on its core action camera business. That shift has involved cutting operating costs and reconfiguring its camera lineup. It has also meant giving up on dreams like making a splash in the drone market and building a streaming media empire.

Still, GoPro isn't sustainably profitable, and its core lineup isn't providing it with much growth. Unless something changes, the company may be stuck with a breakeven business at best. 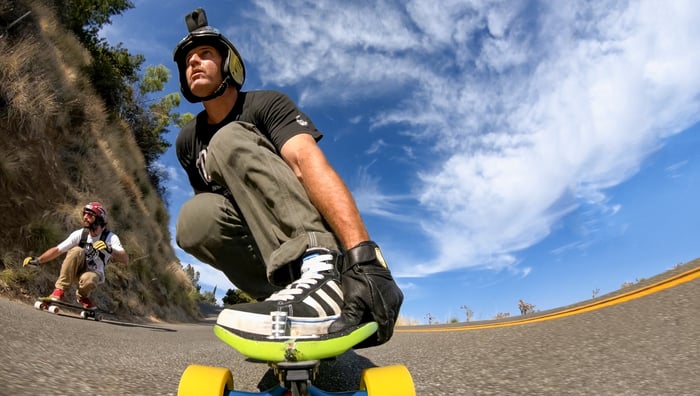 Cutting to the bone

GoPro's attempts to expand into new product areas like drones and create a powerhouse streaming media brand cost millions to develop, but they never generated enough returns to make financial sense. But just jettisoning those businesses wasn't going to be enough to return the company to profitability; it needed to cut its operating expenses dramatically if it was to have any hope of getting back above break even. 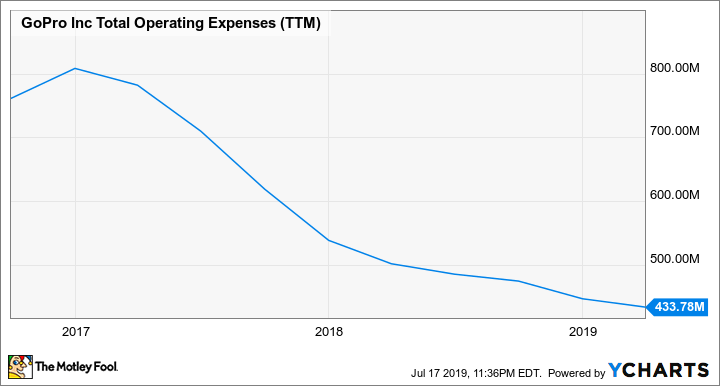 After GoPro simplified its product lineup in 2017, unit sales stabilized, landing at around 4.3 million in the last two calendar years. A stable sales rate is great if it's accompanied by declining operating costs, but GoPro's gross profit margin has cratered since 2015. As the table below shows, gross profit margin over the past year was just 33% and total gross profit didn't even cover the company's operating expenses. 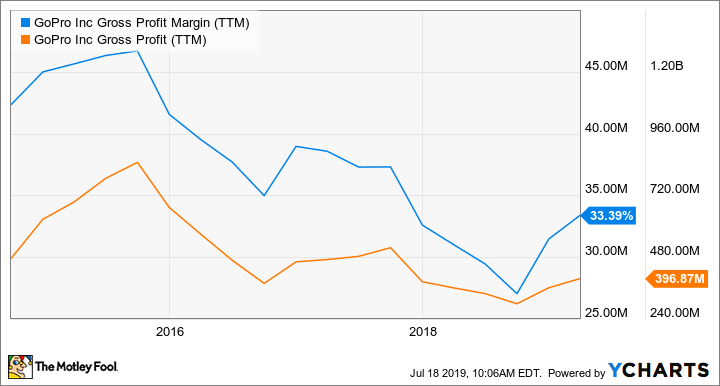 Management's guidance for 2019 is for a 36.5% gross margin, plus or minus half a percentage point, but even with that improvement, it will be tough for the company to break even without growing unit sales.

GoPro has become a much riskier stock

Amid all of these changes, GoPro issued $175 million of convertible debt to make up for cash it was losing from operations. That was necessary, given the decline in cash on hand, but it was also makes the company much riskier. 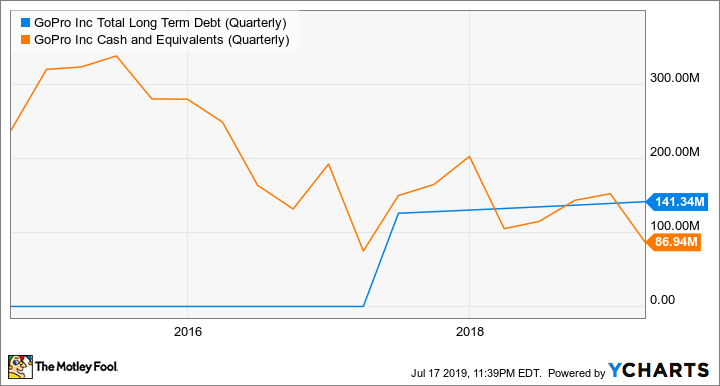 If GoPro isn't able to turn its operations around and begin generating positive cash flow by the time debt comes due in 2022, it may need to issue shares or take more painful measures to stay afloat. Debt can be a valuable tool for companies that have the means to repay it, but for those that don't, it can be disastrous.

Where can GoPro go from here?

At best, GoPro will be able to get to the breakeven point with its current slim product lineup, but what then? It has failed in drones, failed in streaming media, and there don't seem to be any obvious growth opportunities waiting in the wings. Even the Fusion 360 camera, which is a market-share leader, only addresses a small market, and has lots of competition.

GoPro still has a rough road ahead, and these three charts show that even the progress it has made in the last few years hasn't been enough.