Thursday was a relatively flat day for the stock market, with most major indexes managing to finish with small gains even after having been down for much of the trading session. Even though investors are generally uncertain about the immediate future of the U.S. economy, they're hoping that more accommodative monetary policy will help provide a backstop for domestic growth. However, some companies had to deal with bad news that sent their shares lower. United Rentals (NYSE:URI), Eagle Bancorp (NASDAQ:EGBN), and Amarin (NASDAQ:AMRN) were among the worst performers. Here's why they did so poorly.

Shares of United Rentals fell 8% after it reported second-quarter financial results. On its face, the company's rental business seemed to be strong, with revenue jumping 21% compared to year-ago levels, lifting adjusted earnings per share by 23% year over year. However, United Rentals said that bad weather in certain regions of the country, as well as some challenges in integrating its recent acquisition of BlueLine caused it to cut back on its guidance for the full year. Yet even though the report seemed to break the positive momentum that the company had generated in past quarters, United Rentals nevertheless is taking things one step at a time and has hope that it can overcome headwinds to produce outstanding results in the future. 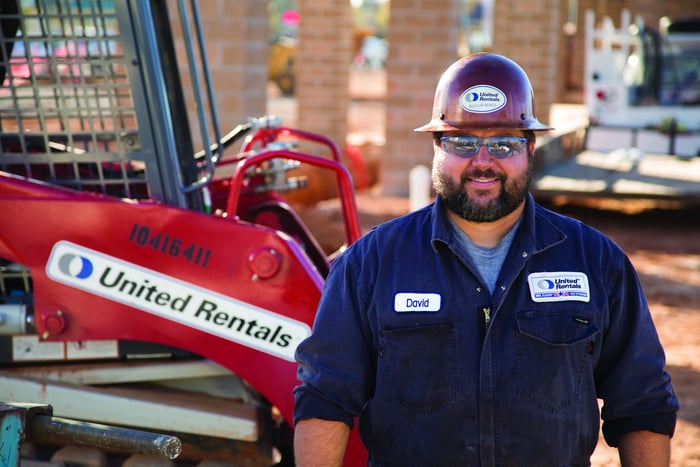 Eagle Bancorp's stock plunged 27% in the wake of its release of its second-quarter financial report. The Bethesda-based bank's revenue and earnings didn't live up to shareholder expectations, but the real issue came from Eagle's disclosure of ongoing government investigations in connection with certain related-party transactions, retirement of former officers and directors, and the relationship between a local public official and the company and its former officers and directors. Although Eagle was careful to say that it doesn't expect the litigation to have a materially adverse impact on the bank, it does see elevated legal costs persisting at least through the end of this year.

Finally, shares of Amarin dropped 10%. The pharmaceutical company said that it would do a secondary public offering of $400 million in stock, with the intent of using the proceeds to support the commercialization of its Vascepa treatment, including a larger sales force, greater advertising, and boosting available supply of the drug from third-party suppliers. The decision came after a big move higher for Amarin stock earlier this month, stemming from the company's expectation of stronger revenue than initially projected. Even after the decline, Amarin shares are still sharply higher on the year, and the offering seems well-timed to get substantial proceeds with minimal dilution for shareholders.