Not only did Netflix miss on subscriber additions for just the second time in the past nine quarters, it missed by a whopping 2.3 million -- its biggest shortfall ever. Another worrisome number: Overall U.S. subscribers declined slightly, by 130,000.

Netflix has long been a battleground stock, with bears thinking its valuation is far too high given the company's relatively low profitability and negative free cash flow. But is the past quarter's miss a reason to panic or just a one-off soft quarter on the pathway higher? 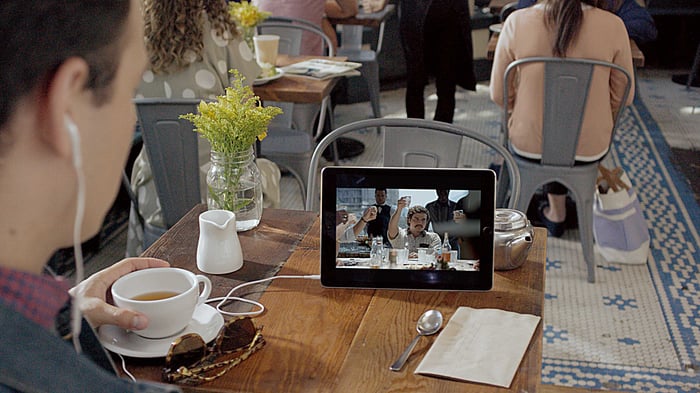 What are investors concerned about?

Given the recent news flow, Netflix investors are concerned about market saturation, content leaving the platform, and rising competition.

On U.S. market saturation, the company currently stands at around 60.1 million subscribers, up from 55.7 million in the year-ago quarter. CEO Reed Hastings has in the past targeted between 60 million and 90 million U.S. subscribers, so the company has reached the low end of that range. The difference in hitting the top number would be huge. Reaching 90 million subscribers would bring Netflix another $4.7 billion at today's prices, much of which would fall to its bottom line.

But investors should keep a few things in mind. First, Netflix just implemented its biggest price increase to date in May, raising a standard U.S. subscription from $10.99 to $12.99. I don't know about you, but a business that can raise its prices by 18% and keep almost all of its customers seems like a pretty good business to me.

We'll see if the trend holds, given that the price increase happened midway through the quarter. But a slight increase in customer churn doesn't seem so bad in light of such a dramatic price increase.

Did minimal marketing and a light content period hurt?

Another reason for investors not to panic? Last quarter was also a relatively light content period. The hit show Stranger Things didn't drop until just after quarter's end, and management said that it is seeing encouraging trends so far in the third quarter.

In fact, Netflix even pushed some planned marketing spend into the second half of this year. When Netflix splurges on marketing, it usually generates lots of subscriber growth. But last quarter, the company eased off, with marketing spend barely higher than a year ago and down by $13 million compared with the quarter including March.

Raising prices by 18% while pulling back on marketing spending is not exactly a great recipe for gaining subscribers. In other words, if there were ever a quarter that would generate a pullback in subscribers, it was this one.

The second and third major concerns are looming competition from Disney (NYSE:DIS), AT&T (NYSE:T), and Comcast (NASDAQ:CMCSA), among others, and the fact that they are taking some valuable content back from the Netflix platform. Disney will be taking back movies from its second-run film window. And while Comcast is taking back "The Office," AT&T is taking back "Friends" -- the No. 1 and No. 2 most-watched shows on Netflix, respectively.

However, that content is still on Netflix and will be for the next year at least. Also, the much-talked-about streaming services from these media giants haven't dropped yet. So it's pretty unlikely customers were switching to a nonexistent platform. Management said, "We don't believe competition was a factor since there wasn't a material change in the competitive landscape during Q2, and competitive intensity and our penetration is varied across regions."

I would chalk up Netflix's latest subscriber miss to the near-20% price increase in May. Its last price increase was only 10%, and occurred in December 2017, without much of an effect on churn; however, a higher increase on top of a higher base could begin to pinch at a certain portion of the U.S. and worldwide customer base. In a relatively light quarter for content and marketing, it's no surprise to see subscriber churn go up. And remember: The value of a business is based on its future profits, not necessarily subscriber numbers.

The bottom line is, if you liked the Netflix growth story before, there's no reason to change your position now.