Shares of toymaker Mattel (NASDAQ:MAT) spent much of 2018 in free fall, plummeting to their lowest price in nearly 20 years. The company had lost two-thirds of its value since 2014. But so far this year, the stock has recovered somewhat: It's up about 22% from its recent lows, and has been generally tracking the performance of the S&P 500.

Even as the company reported revenue that beat expectations and its net loss narrowed, Mattel stock fell 8% on the trading day following its first-quarter earnings report, as the company took a $27 million hit resulting from a recall of its Fisher-Price Rock 'N Play Sleeper after reports of infant fatalities linked to the device.

The corporate home of Barbie, Fisher-Price, and American Girl is scheduled to release its second-quarter financial report after the market close on July 25. Here are a few areas that will be of interest to investors. 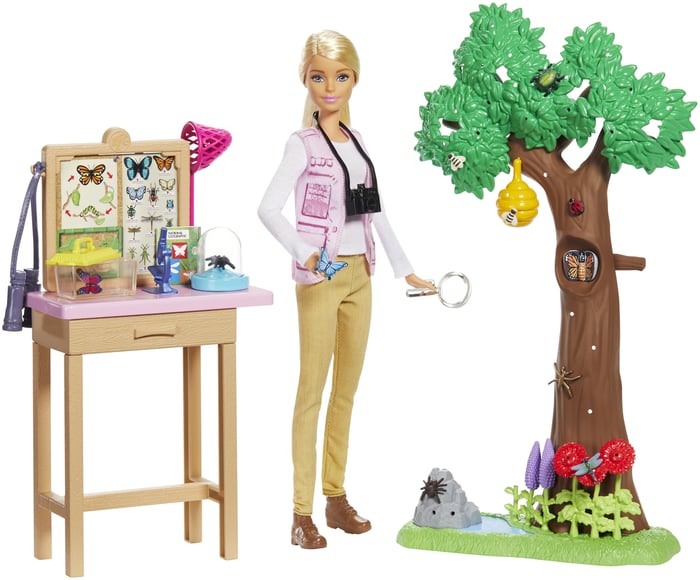 Mattel's Q1 net sales declined 3% year over year, compared to a 4% decline in the prior-year quarter, though sales were actually up 1% after adjusting for the impact of foreign currency headwinds. Revenues were helped by a big improvement in the sale of action figures, building sets, and games, but sales slid in the infant, toddler, and preschool category.

Given that its restructuring is ongoing, Mattel's management has been unwilling to provide quarterly guidance. The company did say that if it performs according to its fiscal 2019 forecast, revenues will be flat year over year in constant currency -- an improvement after five consecutive years of  declines.

To put that into the perspective, Wall Street analysts' consensus estimate calls for revenue of about $813 million in Q2, a decline of about 3% year over year.

For Q1, Mattel reported losses of $0.44 per share, a big improvement from the $0.85 a share it lost in the prior-year quarter. Things were even better on an operating basis: Its adjusted Q1 earnings before interest, taxes, depreciation, and amortization (EBITDA) came out to a loss of $26 million, far smaller than the $161 million loss it booked in Q1 2018.

Again, management is not providing quarterly guidance, but for the year, expects adjusted EBITDA of about $400 million, about double what it achieved in 2018, with most of the improvement occurring in the second half of the year.

Analysts' consensus estimate calls for a loss per share of $0.40, an improvement of 29% compared to the prior-year quarter.

Probably the most important facet of Mattel's turnaround has been -- and will continue to be -- its restructuring and cost-cutting initiatives.

Management had set a cost-cutting goal of $650 million during 2019. To date, it has achieved an annual run-rate of $610 million, and expects to exceed its initial goal by year end. Mattel's run rate was $521 million to close out 2018, topping its goal for the year of $500 million.

The company has also been working to achieve a "capital light model," conducting an extensive review of its 13 manufacturing plants, multiple distribution centers, and its global third-party manufacturing network.