Please ensure Javascript is enabled for purposes of website accessibility
Free Article Join Over 1 Million Premium Members And Get More In-Depth Stock Guidance and Research
By Rich Duprey - Jul 22, 2019 at 8:16AM

The brewer surprised the market last quarter, but it has a heavy debt load to carry, which weighs it down.

Anheuser-Busch InBev ( BUD -0.22% ) is slated to report second-quarter earnings on Thursday, July 25, and that report will have as a backdrop a failed attempt at spinning off its Asian division and a subsequent announcement that it will instead sell its Australia business.

Shares of the brewer are up 43% so far this year as it recovered from the weakness it exhibited in the back half of 2018, after it slashed its dividend in half, but they're still below where they were trading this time last year.

Anheuser-Busch said earlier this year it expected its revenue to grow faster than inflation in 2019 as it attempts to push customers to its portfolio of higher-priced premium beers, but it remains mired in excessive debt that leaves it few attractive options. So let's look at what investors may find on tap this quarter. 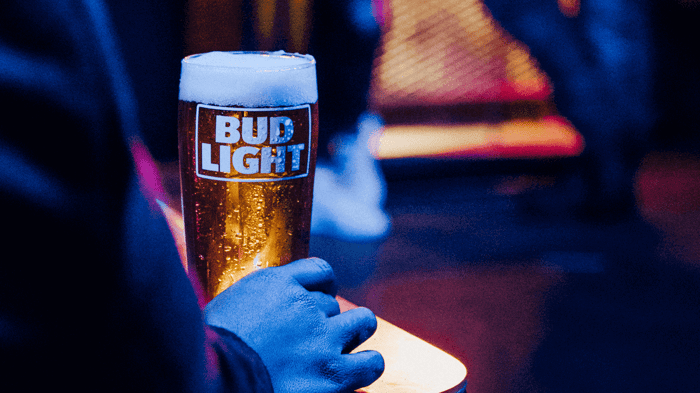 Hoping to keep the momentum going

Analysts forecast that revenue for the period will fall 2.5% to $12.67 billion, though earnings should rise from $1.10 per share to $1.13 per share. giving the brewer a consensus "hold" rating from Wall Street.

However, Anheuser-Busch surprised the market in the first quarter, enjoying a nearly 6% increase in organic revenue growth, with organic volumes of its beer up 1% and non-beer products jumping almost 5%. Organic gross profit also rose for the period, up 5.8% from the year-ago quarter.

It credited key markets, including including Brazil, China, the U.S., Europe, Colombia, and Nigeria for the strong performance, though its business in South Africa and Argentina was weak. It said the first quarter's top-line growth also featured its best market share trend performance in over six years in the U.S., as it only lost a tenth of a percentage point of share.

Debt continues to be an anchor

Anheuser-Busch has almost completed its integration of SABMiller, reporting cost savings of $100 million, which brings the total synergies achieved to over $3 billion out of the $3.2 billion expected. However, that means those benefits will run out soon, and it still has to lighten its debt load that stands at more than $100 billion.

Anheuser-Busch has said its optimal capital structure is for debt around two times its earnings before interest, taxes, depreciation, and amortization, but currently stands at 4.6 times EBITDA and it doesn't expect to get below four times EBITDA till the end of next year.

That was the rationale behind cutting its dividend in half, as it was able to save $4 billion on the payout, and it's why it wanted to spin out its Asian unit and raise some $9.8 billion. But the market didn't see the business worth the $64 billion the IPO would have valued it at, and Anheuser-Busch was forced to pull it.

The brewer quickly pivoted to say it would sell its Australian brewing business Carlton & United Breweries to Japanese brewer Asahi Group Holdings in a deal valued at $11.3 billion, with most of the proceeds going to debt service.

Anheuser-Busch hasn't given up on the IPO, either, maintaining that it "continues to believe in the strategic rationale" of the spinoff, but only if it can get the right price.

As Anheuser-Busch's first quarter earnings surprise shows, emerging markets are getting healthier with improving economies, which gives it some breathing space as it tries to come to grips with a still soft U.S. market. It is also introducing new products that align with the trend away from beer and is exploring the cannabis market through a partnership with Tilray ( TLRY ), where they will each contribute up to $50 million to develop non-alcoholic beverages infused with cannabidiol, the non-psychoactive compound found in marijuana.

The biggest problem confronting Anheuser-Busch right now beyond its debt is the margin pressure it faces. As noted, it has almost run out of synergies and savings from the Miller acquisition, and Miller's assets have contributed most to Anheuser-Busch's margin growth.

Anheuser-Busch has too much debt to make another big acquisition and would probably face significant regulatory pushback if it tried. That means the earnings growth picture looks a lot more muted than it otherwise might be. That'll likely continue to be the case for several years -- until it finally cracks that debt nut.