When Hasbro (NASDAQ:HAS) reports second-quarter earnings on Tuesday, July 23, expectations will be a lot different from what they were three months ago. Previously, the toy maker wasn't forecast to post numbers that were especially reassuring; now, a robust performance is expected from Hasbro, and there are good reasons for the change in outlook.

In the first quarter, Hasbro had just come off a disappointing 2018 that was weighed down by the bankruptcy and liquidation of Toys R Us, a European retail market in decline, and worries about the U.K. dealing with Brexit. This time around, Hasbro's first-quarter earnings surprise indicated the demise of Toys R Us was truly in the rearview mirror, and the toy maker had insulated itself well enough against weak foreign markets.

Moreover, because the second quarter of 2018 was especially weak, Hasbro has a low bar to step over a year later. So let's see what investors can expect. 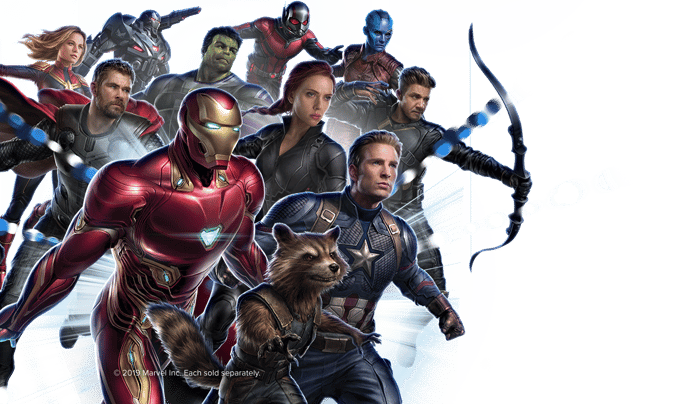 Marvel Comics Universe characters could boost Hasbro as well as save the world. Image source: Hasbro.

A year ago, sales tumbled 7% to $904.5 million, though that was better than what analysts had forecast. Earnings dropped 9% to $0.48 per share, but were also higher than Wall Street's outlook. Because Hasbro had managed the expected downturn better than anticipated, its stock soared.

Even so, the Toys R Us situation indicated there was a large hole to fill, and it would come to weigh on the toy maker throughout the year -- Hasbro's stock ended 2018 more than 10% below where it started.

However, the outlook for this year is different. First-quarter sales rose 2% to $733 million, though on a currency-adjusted basis they were 6% higher, generating profits of $0.21 per share. That was miles better than the loss of $0.90 per share in the same quarter last year, which was hurt by Toys R Us, a reorganization of its business, and a charge related to tax reform. Even after accounting for the expenses, though, Hasbro's adjusted earnings in its first quarter of 2018 were $0.10 per share.

Heading into the second quarter this year, no one is giving much thought to the Toys R Us failure (the retailer is even planning a comeback of sorts). Other retailers greatly expanded their toy selection to fill the void, and now Hasbro has more outlets to distribute its toys, games, and action figures.

Analysts forecast it will report earnings of $0.51 per share on sales of $966.8 million, a better than 6% increase for each. Yet Wall Street might be underselling the quarter again.

The results should be marvelous

Disney's (NYSE:DIS) Marvel Entertainment unit released Avengers: Endgame in late April, and it went on to earn over $850 million in domestic box office receipts and nearly $2 billion internationally. Even before the movie's debut, Hasbro was already seeing sales of products based on the Marvel Comics Universe doing well. And now that Endgame has turned into a megahit, the toy maker may see its boys' segment revenue jump much higher.

Also, Spiderman: Far From Home was released earlier this month, and though it falls outside the quarter, Hasbro was shipping product ahead of its release. The movie has already generated almost $300 million in domestic box office receipts, so there's a good chance that toys based on it are selling well, too. Hasbro should also benefit from the Easter holiday moving into the second quarter this year versus being in the first quarter last year.

These are all boosts to revenue that may lift the toy maker past Wall Street forecasts.