Latin American airport operator Grupo Aeroportuario del Sureste (NYSE:ASR), or ASUR, usually relies on the Cancun airport to propel its quarterly results. However, that wasn't the case during the second quarter, as international passenger traffic growth at that airport only rose 1.1%. While that would have likely caused the company to report lackluster results in previous periods, that wasn't the case this quarter. That's because many of the company's other airports, especially those it recently acquired, delivered excellent results during the period. 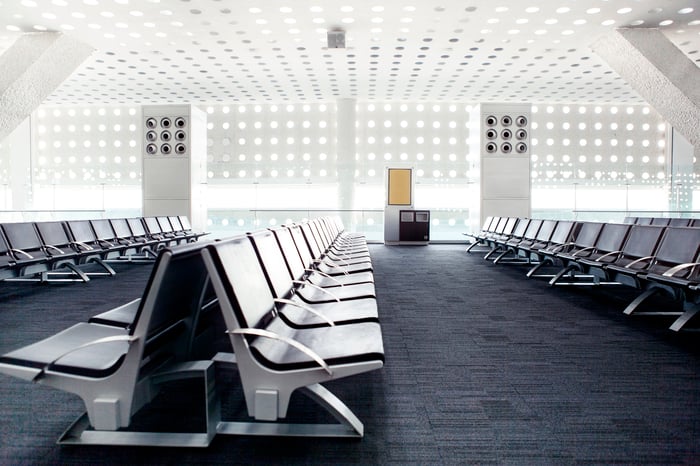 ASUR will be investing heavily to expand and modernize its airports over the next five years. The company is completely reconfiguring and expanding the terminal at the Merida airport in Mexico. In addition to that, it's also expanding terminal 4 at Cancun. These and other projects will enable the company to handle more passengers at its airports, which sets it up for continued traffic and earnings growth.

The company has also significantly improved its balance sheet following the recent acquisition of a larger interest in San Juan as well as the airports in Colombia. Net debt has fallen 28% in the past year, which, when combined with its uptick in earnings, has pushed its leverage ratio from 1.49 times debt to EBITDA to 0.92 times. That balance sheet improvement gives the company the flexibility to invest in its airports as well as to pursue new growth opportunities.