Raise your hand if you remember K-B Toys.

Growing up as a red-blooded American boy in the 1970s and 1980s, K-B was my go-to destination for stocking up on everything from board games to Star Wars action figures to Super Soaker water blasters. It might not have had the mystique of the Sears Christmas Wishbook, or the breadth of offerings of Toys 'R' Us, but you couldn't beat K-B for convenience -- there was one in practically every mall you visited!

Of course, that mall-centric existence ultimately led to K-B's bankruptcy, and the company was ultimately acquired by the more popular Toys R Us in 2009 before Toys R Us itself went bankrupt a few years later.

But now Toys R Us is making a comeback -- and taking a page from the playbook of the company it once absorbed. It turns out that Toys R Us is heading right back to the mall. 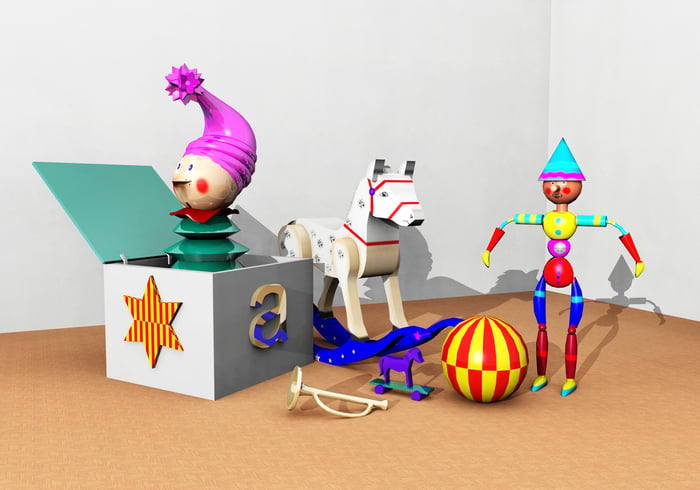 We got our first glimpse of Toys R Us revival earlier this year when it came out that a new owner had bought the brand out of bankruptcy and planned to revive Toys R Us under the corporate umbrella of "Tru Kids Brands." Last week we learned precisely how Tru aims to engineer Toys R Us' revival.

Unlike the old Toys R Us, which tended to operate standalone stores well-stocked with everything from bikes to board games to bouncy balls, the revived Toys R Us will focus on creating "a new, highly engaging retail experience designed for kids [and] families and to better fit within today's retail environment" (according to new CEO of Tru Kids Richard Barry). The goal will be to turn Toys R Us stores into "must-visit destinations for kids to learn, play, and fall in love with the latest and most popular toys," featuring "highly interactive ... events and activities."

Think of it as a toy-based version of the marketing that certain upscale grocery stores conduct when they run cooking demonstrations to convince you to buy ingredients in-store.

To help Tru Kids pull this off, the company will be partnering 50-50 with a 2015 Palo Alto start-up named "b8ta," which specializes in this sort of thing. And to "beta" test the concept, the partners will open a pair of new Toys R Us stores in malls in Texas and New Jersey, namely The Galleria in Houston and the Westfield Garden State Plaza in Paramus, in time for this year's Christmas shopping season.

Will shoppers agree that this concept is "must-visit"? Do shoppers even realize that malls still exist? We'll get our first clue after the stores open later this year. If things go as planned, Tru Kids and b8ta hope to roll out the concept to additional U.S. locations in 2020. Success there, one imagines, might eventually lead to an IPO that would return Toys 'R' Us to the stock market.

But you needn't wait for that. If you believe Toys R Us has a shot at pulling this off, and want to get in on the ground floor of Toys R Us' revival, there may be a couple of ways to do that.

Sure, right now neither Tru Kids nor b8ta is a publicly traded company. But last year, Macy's (NYSE:M) -- which is public -- partnered with b8ta to run a similar "experiential-based retail concept" within Macy's stores. As part of that partnership, Macy's bought a minority stake in b8ta -- which means that if you were to buy a few shares of Macy's today -- and the stock is selling for only 6.2 times earnings, so it's hardly an expensive investment -- you would de facto also own a share of the new Toys R Us concept.

A second way to invest in Toys R Us before (or if) it goes public would be to invest in Macerich (NYSE:MAC), another (indirect, through its Macerich Partnership subsidiary) owner of a minority interest in b8ta.

Admittedly, this option is a little pricier -- about 49 times earnings according to S&P data. Given the newness and unproven success of a revived Toys R Us, I think I'd opt for the cheaper investment in Macy's as a way to limit my risk. But if you're a fan of dividends, in addition to its ownership interest in Toys R Us, Macerich also pays a 9.4% dividend yield -- bigger than the 6.8% at Macy's.

Either way, it turns out there is still a way to be not just a "Toys R Us kid" -- but a Toys R Us owner as well.