Microsoft (NASDAQ:MSFT) managed to impress investors yet again last week when it posted better-than-expected fiscal fourth-quarter results. Shares of the software giant rose about 2% in after-hours trading as investors digested the implications of the strong quarter.

Microsoft is the world's most valuable publicly traded U.S. company, with a market capitalization of nearly $1.1 trillion. Yet there's no indication it is losing its edge. The company is benefiting from impressive broad-based strength across all of its major segments.

Microsoft's soaring stock price is evidence of how pleased investors have been with the company recently. Shares are up more than 36% year to date. Here's a closer look at the underlying business strength, as seen in Microsoft's year-over-year growth in key fiscal fourth-quarter metrics, that is driving the company's shares higher. 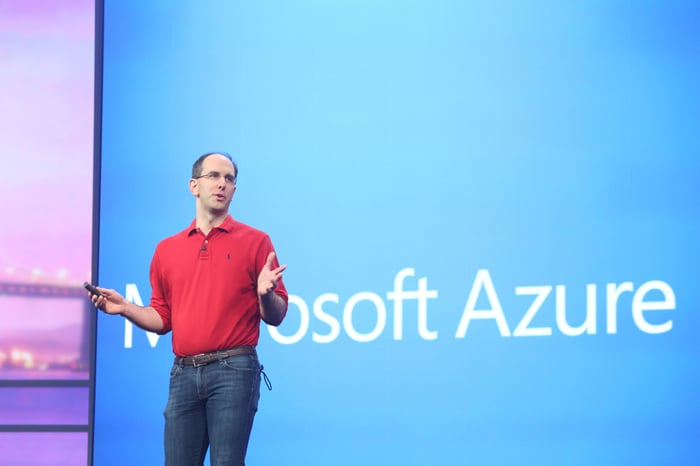 1. Intelligent cloud revenue is up 19%

Highlighting how cloud-centric Microsoft has become under CEO Satya Nadella's leadership, the company's intelligent cloud revenue accounted for more of the company's revenue than any other segment in fiscal Q4. Further, the segment grew at a faster rate than Microsoft's other two segments.

Revenue from Azure, the company's cloud-computing business, was the primary driver of Microsoft's intelligent cloud segment. Azure revenue rose 64% year over year. Though this was a strong growth rate, it was a notable deceleration from 73% growth in fiscal Q3 and 76% in fiscal Q2.

Another segment with robust, double-digit growth was Microsoft's productivity and business processes segment. Consisting of revenue from its Office Suite, LinkedIn, and Dynamics, revenue in this segment rose 14% year over year in fiscal Q4.

Capturing the momentum of Microsoft's most important growth drivers was the company's sharp growth in commercial cloud revenue, or a revenue categorization that lumps together revenue from Office 365, Azure, and Dynamics 365. This revenue jumped 39% year over year.

Finally, investors should note the excellent performance of Microsoft's bottom line. Non-GAAP (adjusted) earnings per share during fiscal Q4 rose 21% year over year to $1.37, easily beating analysts' average forecast for $1.21. Management said in the fiscal fourth-quarter update that profitability during the period benefited from an expanded gross margin, "driven by gross margin percentage improvement in LinkedIn and Office 365 Commercial, offset in part by an increased mix of cloud offerings."

Summing up the company's recent performance, Nadella said Microsoft's commitment to helping its customers improve their digital capabilities is "resulting in larger, multiyear commercial cloud agreements and growing momentum across every layer of our technology stack."