Abercrombie & Fitch (NYSE:ANF) launched Gilly Hicks, its lingerie and sleepwear brand aimed at younger shoppers, as a sister brand to Abercrombie and Hollister in 2008. But Gilly Hicks' sales never took off, and Abercrombie shuttered all of its brick-and-mortar stores in 2013.

Gilly Hicks lived on as an online-only brand, became a sub-brand of Hollister in 2015, and then slowly faded away. But in 2017 Abercrombie resurrected the Gilly Hicks brand with new products in Hollister's brick-and-mortar and online stores, including bras, underwear, swimwear, and loungewear, in response to "customer demand." 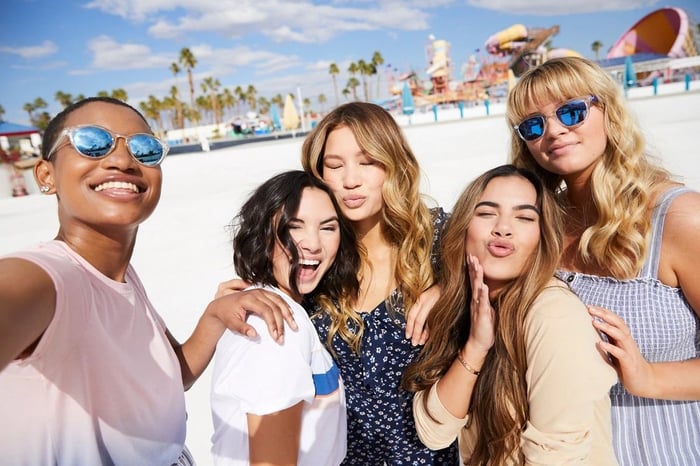 Abercrombie recently launched four new pop-up shops for Gilly Hicks in California, Texas, Florida, and Virginia, which join two other temporary locations in Hawaii and New York. The company plans to keep these stores open for about 12 months, which should help it gauge a potential brick-and-mortar revival for the brand.

As a result, Aerie's comparable store sales rose 14% last quarter, marking its 18th straight quarter of growth and contributing heavily to AEO's total comps growth of 6%. Could Gilly Hicks generate that kind of growth and become a new growth engine for Abercrombie & Fitch?

Abercrombie & Fitch's growth has improved significantly under CEO Fran Horowitz, who took the helm in late 2017. Horowitz focused on shrinking A&F's namesake brand, expanding its higher-growth Hollister brand, redesigning its stores under both banners, and engaging younger shoppers via social media campaigns on Instagram and YouTube.

Other recent attempts to win over Gen Z shoppers include a high school tour for discussing shopping habits with over 100,000 teens, and a "buy now, pay later" plan for cash-strapped shoppers who lack credit cards. 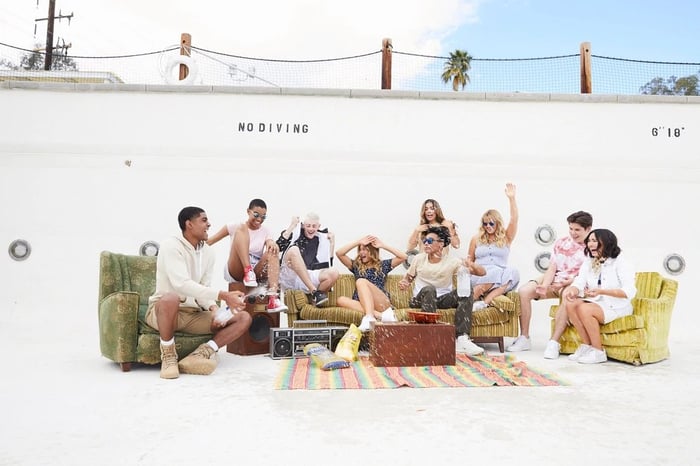 Hollister still resonates with teens -- it was ranked as the fifth favorite apparel brand among U.S. teens in Piper Jaffray's latest "Taking Stock with Teens" survey -- but it still trails behind Nike, American Eagle Outfitters, Adidas, and Forever 21, in that order. Moreover, Hollister's growth has decelerated over the past few quarters, and failed to offset the softer growth of its namesake brand.

Abercrombie attributed that slowdown to a tough year-over-year comparison and competition, but highlighted Gilly Hicks as a potential catalyst for the brand. During last quarter's conference call, Horowitz called swimwear and Gilly Hicks the company's "must-grow categories," and said that they both generated "record first quarter sales."

Abercrombie didn't disclose any exact sales figures for Gilly Hicks, nor did it reveal any long-term plans for the brand beyond pop-up stores. However, Kristin Scott, president of Abercrombie's global brands division, recently stated that the pop-up stores "introduce new, engaging experiences for our customers, and create greater brand awareness."

Scott also stated that Abercrombie was adopting a "test and learn" strategy with the stores, indicating that it could be plotting a broader push against Aerie and Victoria's Secret's PINK.

Is Abercrombie playing it too safe?

Abercrombie's decision to revive Gilly Hicks makes sense, but its rollout could be too conservative. AEO already operated 270 Aerie locations (stand-alone and side-by-side stores with American Eagle) at the end of the first quarter, and it plans to open up to 70 new locations this year. L Brands, facing investor pressure to fix its ailing Victoria's Secret brand, will likely switch gears and target younger shoppers with fresh products and marketing campaigns.

If Abercrombie wants a piece of this market, it needs to strike while the iron's hot. Six pop-up shops won't move the needle for Hollister, and a slow and steady approach could backfire as well-established brands like Aerie take over the market.