Please ensure Javascript is enabled for purposes of website accessibility
Free Article Join Over 1 Million Premium Members And Get More In-Depth Stock Guidance and Research
By Leo Sun - Jul 8, 2019 at 9:31AM

This “retail apocalypse” survivor stands out in a tough sector.

It's tough to find attractive retail apparel stocks in this market due to shifting consumer tastes, sluggish mall traffic, and the threat of rising tariffs. However, I recently started a position in one stock in that hated sector: American Eagle Outfitters ( AEO 2.09% ). Here are my top five reasons for buying this oft-overlooked stock.

Maintaining positive comparable-store sales growth amid competition from fast-fashion retailers, superstores, and e-tailers is a tough task for apparel retailers. American Eagle Outfitters, however, has grown its comps for 17 straight quarters. 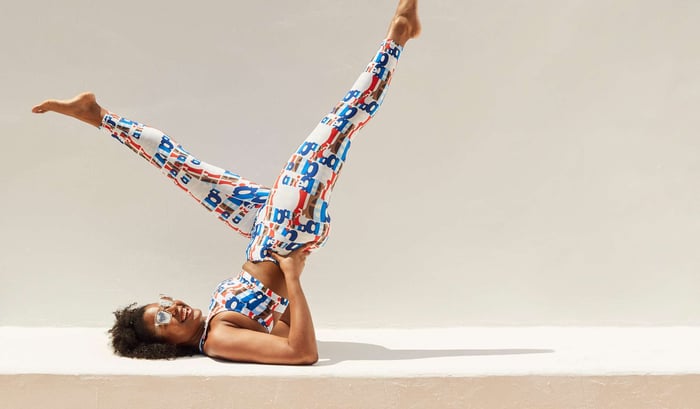 Its namesake brand's comps grew for eight straight quarters, while Aerie -- its high-growth lingerie and activewear brand -- generated 18 straight quarters of growth. Here's how the two brands fared over the past year.

That growth is remarkable compared to most of its peers. Abercrombie & Fitch's ( ANF 4.21% ) total comps rose just 1% in the first quarter, while Gap's ( GPS 0.17% ) comps tumbled 4%. AEO expects its comps to rise by the low single digits in the second quarter, and analysts expect its revenue to rise 6% this year and 5% next year.

Much of AEO's growth is fueled by teen shoppers, many of whom buy American Eagle's jeans. In Piper Jaffray's latest Taking Stock with Teens survey, American Eagle was ranked as the second-favorite clothing brand after Nike. It's also now the largest women's jeans brand in America.

Meanwhile, Aerie continues to lure younger female shoppers away from L Brands' ( BBWI 2.41% ) Victoria's Secret with its wider range of sizes and body-positive marketing campaigns. Piper Jaffray's latest teen surveys all found that Victoria's Secret, which is in the midst of a tough turnaround, is still losing mindshare to Aerie.

Many apparel retailers are aggressively closing brick-and-mortar stores to conserve cash for their e-commerce efforts. Yet AEO is one of the few retailers that actually maintains a stable brick-and-mortar presence while also generating robust digital growth.

AEO expects its total store count to remain unchanged at 1,055 locations at the end of the year. However, it plans to shutter some of its weaker namesake stores and open up to 70 new Aerie locations (both stand-alone locations and locations linked to American Eagle stores) to expand its higher-growth brand. That strategy can help Aerie gain more ground against Victoria Secret's PINK, Gap's GapBody, and A&F's new Gilly Hicks brand.

AEO now generates more than $1 billion in digital sales annually, and more than half of that figure comes from mobile purchases. Its digital sales rose by the low double digits last quarter and accounted for 30% of its revenue -- compared to 29% a year earlier. That percentage could surge higher over the long term, especially if it beefs up its presence on Instagram -- where it notably has fewer followers than A&F's Hollister.

AEO's gross margin slipped 30 basis points annually to 36.7% last quarter due to some markdowns and higher delivery expenses for online orders, which was partly offset by its rent leverage and lower product costs.

That dip was disappointing, but AEO's gross margin has held steady over the past five years -- indicating that it won't succumb to the "retail apocalypse" anytime soon. AEO also called the previous tariff hikes "immaterial" to its margins, since they didn't cover apparel yet, and it stated that it could mitigate the impact of future hikes by sourcing its products from other countries. 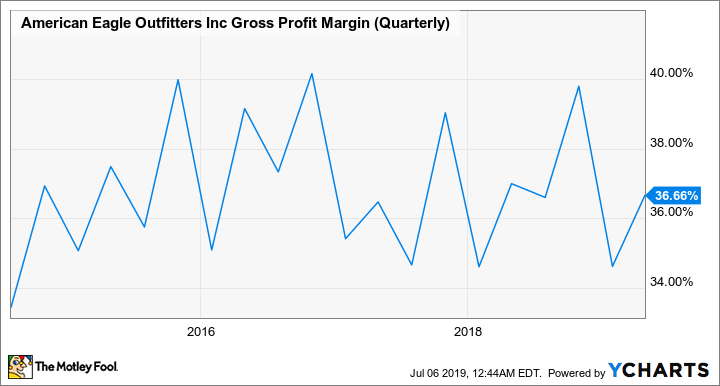 5. A low valuation and a dependable dividend

Wall Street expects AEO's earnings to rise 8% this year and 9% next year. Those are steady growth rates for a stock that trades at less than 10 times forward earnings.

The stock also pays a decent forward yield of 3.3%. That's lower than A&F's yield of 5.1% and Gap's yield of 5.5%, but I think the superior growth of AEO's core business offsets the difference.

American Eagle isn't a high-growth stock, but it's a "best in breed" player in a tough market, and it will likely benefit from the bankruptcies of its less-successful peers. Its low valuation and high yield should set a floor under the stock, and it remains a balanced long-term play for conservative investors.

3 Top Value Stocks That Could Help You Retire Early