Baxter International (NYSE:BAX) reported mixed results when it announced its first-quarter update in April. Revenue decreased by 2% year over year while its adjusted earnings per share (EPS) rose by nearly 9%. Investors learned how Baxter performed in the second quarter on Thursday, with the healthcare company providing an update before the market opened. Here's what you need to know about Baxter's Q2 results. 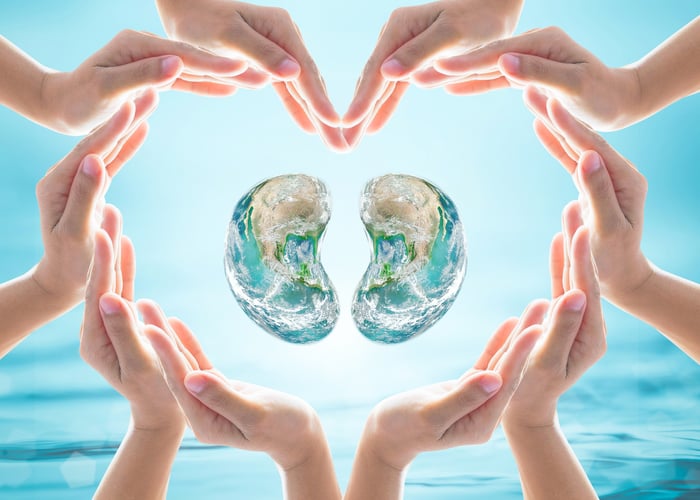 Baxter reported revenue in Q2 of $2.8 million, just as it did in the prior-year period. The consensus among Wall Street analysts was for Q2 revenue of $2.79 billion.

On a non-GAAP (adjusted) basis, Baxter's net income in the second quarter came in at $464 million, or $0.89 per share. This reflected a 16% increase from the prior-year period adjusted EPS of $0.77. Wall Street analysts estimated that Baxter would post EPS of $0.81 in the quarter.

While revenue was flat year over year, the company delivered modest operational and constant-currency growth of 4%. Its international business especially stood out, with revenue growth of 8% adjusted for currency fluctuations.

Growth stemmed primarily from increased sales of its peritoneal dialysis and continuous renal replacement therapies, intravenous infusion systems, and hemostats and sealants, along with some of its generic drugs. The company also saw increased demand for its hospital pharmacy compounding. However, this growth was held back somewhat by lower U.S. sales of heart rhythm drug Brevibloc, chemotherapy cyclophosphamide, and hemodialysis products.

GAAP net income in Q2 would have looked worse were it not for a much higher income tax expense in the prior-year period. Baxter's non-GAAP EPS figure was helped, though, by adjustments for intangible asset amortization, an intangible asset impairment, and business optimization initiatives, as well as a lower share count versus the same quarter in 2018.

Baxter also had several key developments in the second quarter, including:

Baxter anticipates revenue growth of 1% to 2% in full-year 2019, down from the prior guidance of 3% to 4%. But on a constant-currency and operational basis, the company continues to project revenue growth of around 4%.