The long slump in the energy sector has hurt many companies, but few would immediately realize that storage solutions specialist Mobile Mini (NASDAQ:MINI) might be one of them. Yet Mobile Mini's acquisition of a tank and pump solutions business was an attempt to capitalize on the long-term opportunity to diversify by giving the company a more specialized aspect in part of its overall corporate structure.

Unfortunately, that move proved to be ill-timed, coming as it did at the beginning of a long decline for the energy companies that would ordinarily have been Mobile Mini's new customers.

Coming into Thursday's second-quarter financial report, Mobile Mini investors had high hopes that the much-watched energy segment would once again help lift the company's overall results. The numbers in the tank and pump solutions arena were indeed impressive, but some of the other numbers were more mixed and left investors uncertain about whether better times are really ahead for Mobile Mini in the near future. 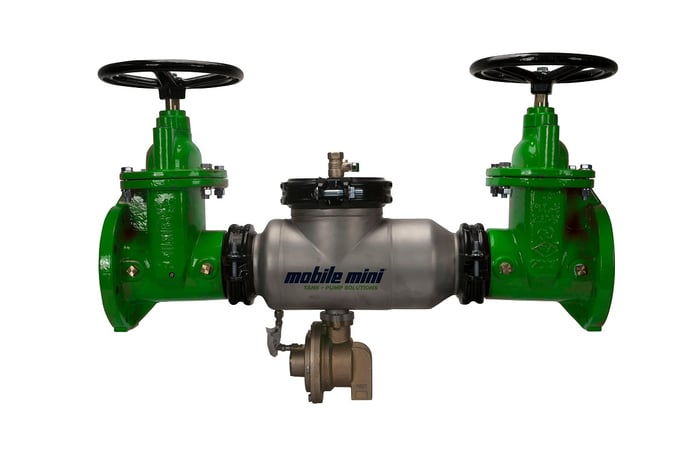 An energetic move for Mobile Mini

Mobile Mini's second-quarter results were mixed in many investors' eyes. Revenue rose almost 6% to $150.2 million, although that was a little less robust than the 7% growth rate that most of those following the stock had hoped to see. Adjusted net income of $18.2 million climbed almost 15% from year-ago levels, though, and the resulting adjusted earnings of $0.41 per share topped the consensus forecast among investors by $0.01.

As we saw last quarter, the tank and pump solutions business was the standout performer for Mobile Mini. Rental revenue for the unit jumped 16.3% year over year, which was an even faster growth rate than the company achieved in the first quarter. Operating income for the segment jumped nearly 70% over the same period a year ago, and adjusted pre-tax operating earnings picked up an impressive 30%.

Yet Mobile Mini also got reasonably good performance from its storage solutions business, even if it couldn't keep up with the growth rates in tank and pump solutions. Overall rental revenue picked up 4.3%, driven by a 7.1% rise in its North American region. Operating income for the segment was up 15% from year-ago levels, showing the company's ability to capitalize on its opportunities.

Some other measures of success were more mixed. Average utilization rates for storage solutions climbed more than 7 percentage points to 76.4%, but in tank and pump solutions, the rate actually declined seven-tenths of a percentage point to 73.5%. Mobile Mini's network of locations remained largely unchanged, with the company replacing a location that served both of its segments with one that only handles tank and pump solutions. The size of the rental fleet was also mixed, with 18,200 fewer storage solutions units but 100 additional tank and pump units.

CEO Erik Olsson was nevertheless pleased with how things went. "The strong performance in the second quarter reflects the continued momentum we have created over the last several quarters by executing on our strategy from the solid platform we have built," Olsson said. He also noted that growth in sales, free cash flow, and margins was a particularly powerful combination.

Mobile Mini remains optimistic. In Olsson's words, "The cycle is in our favor, and our outlook remains very positive for the remainder of 2019."

As the company sees it, the business is pretty simple. The general idea is to offer products that involve significant up-front costs but that are extremely durable and have relatively quick payback periods, and then create partnerships with large customers that can continually come back to Mobile Mini to meet their storage needs. A combination of scale and increased operational efficiency has the ability to deliver impressive gains when economic conditions are right, and the fundamentals of Mobile Mini's combined business look stronger now than they have in a while.

The company didn't manage to deliver positive surprises on both sales and profits in the second quarter, and so it wouldn't be surprising to see short-term traders react negatively. However, with long-term prospects looking bright, Mobile Mini's strategy seems like it's starting to pay off.