The stock got a boost when news broke that two activist investors had bought stakes in the company and were pushing for a sale or strategic merger. 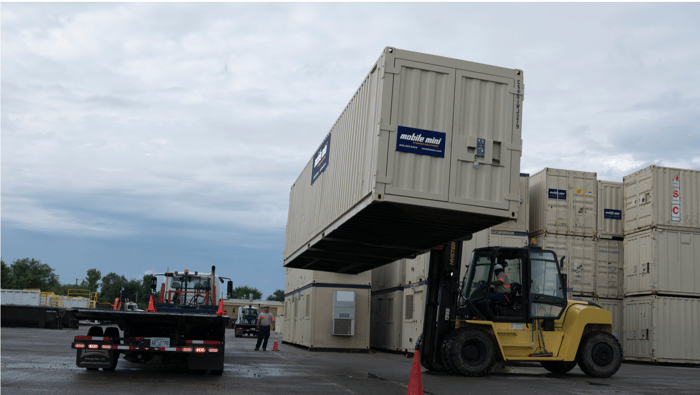 On Sept. 11, Reuters reported that the Donerail Group, led by activist investor William Wyatt, had acquired a stake in Mobile Mini and was pushing for a sale. A few weeks later, it was revealed that another activist investor, Elliot Management, had bought a stake in the portable storage solutions provider and was pushing for a merger with WillScot (WSC), which is also in the rental services business.

WillScot has made an offer to acquire Mobile Mini for a price in the mid- to high $30s. Mobile Mini shares currently trade for $36.32 with a market value of $1.623 billion, which approximates the value of the offer.

This news comes as Mobile Mini is going through a change in leadership, with president and COO Kelly Williams taking over as CEO on Oct. 1. The transition was previously announced in May, when CEO Erik Olsson was named nonexecutive chairman of the board of directors.

Mobile Mini is the world's largest portable-storage solutions provider. It operates 198,000 storage containers and office units and is also involved in tank and pump solutions. WillScot has a fleet of 150,000 modular-space and portable storage units. A deal between the two companies would create a storage solutions juggernaut. But there's no word yet on whether Mobile Mini is interested or if a deal will succeed.