Please ensure Javascript is enabled for purposes of website accessibility
Log In Help Join The Motley Fool
Free Article Join Over 1 Million Premium Members And Get More In-Depth Stock Guidance and Research
By Anders Bylund – Jul 26, 2019 at 1:51AM

Three months ago, Amazon guided its second-quarter revenue toward roughly $61.5 billion. The actual top-line result exceeded that guidance projection by 3%.

Further down Amazon's income statement, management had aimed its operating income at approximately $3.1 billion. Here, the company delivered a $3.01 billion result -- 3% below the midpoint of a roomy guidance range.

The e-commerce giant also reported $9.12 billion of operating cash flows and $2.64 billion in capital expenses for the second quarter, which works out to $6.48 billion of free cash flows. That's a 103% year-over-year increase. Amazon's stated long-term goal is to "optimize free cash flows," giving this metric a seat of paramount importance. 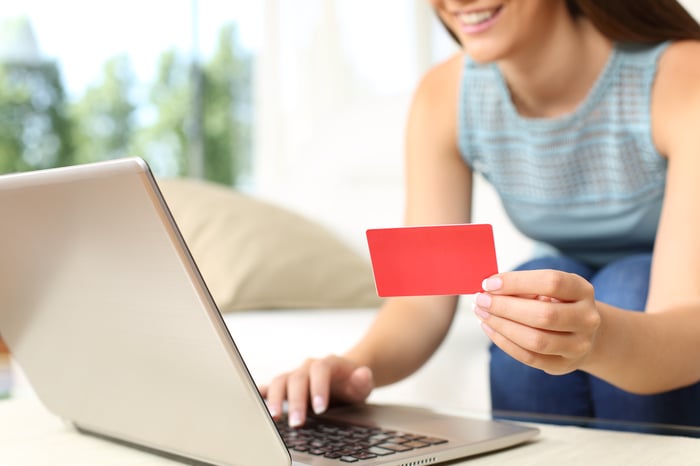 Beyond the dry figures

The Amazon Prime free shipping program upgraded the age-old promise of two-day delivery to next-day shipping across the entire system, including in the just-added United Arab Emirates market.

On that note, the Amazon Prime Day event in early July were the two busiest days of Prime sign-ups in the program's history. Management did not provide an updated tally of Prime members, which was last reported as "more than 100 million" in the spring of 2018.

Based on general business trends and on the record-setting Prime day event, Amazon provided the usual set of next-quarter guidance ranges.

At the midpoint of each range, Amazon expects to see third-quarter revenue near $68 billion while operating profits should stop in the neighborhood of $2.6 billion. These targets compare to $56.4 billion in top-line revenue and $3.7 billion of operating income in the same period of fiscal year 2018.