Shares of Mattel (NASDAQ:MAT) jumped more than 13% on July 26, following the release of the children's entertainment company's second-quarter results.

Mattel's net sales rose 2% year over year, to $860.1 million, and 5% when excluding the impact of foreign-currency movements. It was the first time the company grew its revenue in two years. Mattel's revenue also came in well above Wall Street's estimates of $813 million.

Strong sales of the company's key Barbie franchise contributed to the gains. Barbie gross sales jumped 9% on a reported basis and 13% in constant currency.

Moreover, Mattel's cost-reduction initiatives are helping to improve its profitability. The company's gross margin expanded 9.6 percentage points, to 39.7%. Mattel said it exceeded its goal of $650 million in cost savings six months ahead of schedule. Better still, management expects to achieve another $100 million of savings by the end of 2019.

All told, Mattel generated a non-GAAP (adjusted) operating loss of $30.4 million, compared to a $103.9 million loss in the prior-year period. Its adjusted loss per share, meanwhile, came in at $0.25, an improvement of $0.29 compared to the year-ago quarter. It was also a better result than the $0.40 per-share loss that analysts had been expecting.

"This quarter further demonstrates the continued momentum of our multi-year turnaround strategy," Chairman and CEO Ynon Kreiz said in a press release. 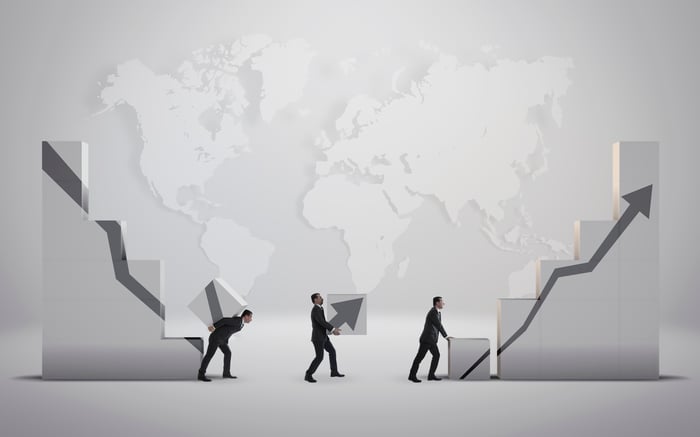 In an interview with Bloomberg, Kreiz said that Mattel is "on track to restore profitability and regain top-line growth in the short to midterm."

As part of the company's turnaround plan, Kreiz is attempting to position Mattel to profit more from its intellectual property, such as via high-margin licensing fees. "We continue to gain traction and remain on-track to transform Mattel into an IP-driven, high-performing toy company," Kreiz said.