Procter & Gamble's (NYSE:PG) business has been in rebound mode for nearly a full year, and investors have responded by pushing its shares higher by over 20% so far in 2019. Wall Street has applauded P&G's market share gains, its balanced growth, and its improving profitability.

That positive track record sets up some high stakes for the consumer products giant when it closes out its 2019 and issues its first official outlook for the new fiscal year. So, let's take a look at what investors can expect to see from P&G on Tuesday, July 30. 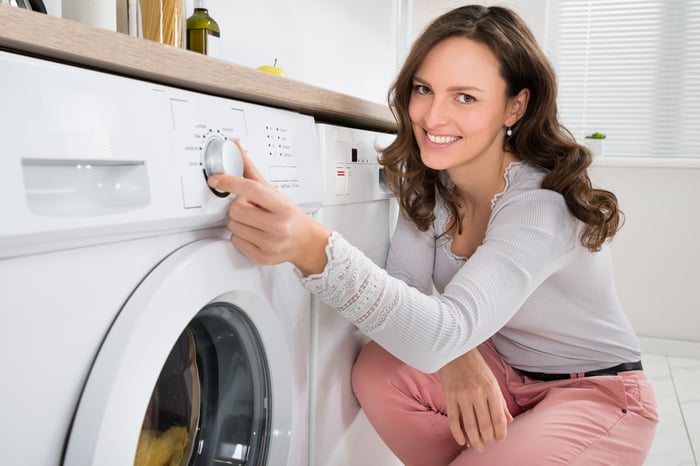 P&G's last three quarters included some of its fastest growth since 2012, when the company started its portfolio transformation strategy that cleaved 100 brands from the business. Organic sales growth averaged 4% in the prior nine months, suggesting market share gains overall and at the expense of rival Kimberly Clark (NYSE:KMB).

Tuesday's report should show continued steady sales gains to put P&G at 4% for the full year, doubling its growth pace from fiscal 2018 and edging past Kimberly Clark's 3% rate. That performance gap might be harder to maintain this quarter given that Kimberly Clark recently posted its fastest expansion in years, with revenue jumping 5%.

Besides that top-line comparison, investors will be watching for signs that P&G's growth is well supported. These would show up in the balance between higher prices and rising, or at least steady, sales volumes. If P&G instead got all of its growth from increased prices, as Kimberly Clark did, then it's likely shareholders are in for slower gains ahead. As for specific product niches, keep an eye on the shaving and baby care segments, which executives called out as disappointing laggards in the prior quarter.

P&Gs dividend payments and stock repurchase spending this quarter will likely push direct shareholder returns to over $12 billion in 2019. Its track record is spotless on this score, with nearly $70 billion returned to shareholders over the last decade.

Its ability to keep sending that cash to investors rests on two big factors that will show up in Tuesday's report. First, the company needs its efficient business to produce market-leading profitability. Look for operating margin to again pass 20%, compared to Kimberly Clark's 15%.

Second, P&G works hard to convert nearly all of its earnings into cash flow that it can direct back toward shareholders. Management calls this metric its "free cash flow productivity" and aims to reach at least 95%. Hitting that figure would lay the groundwork for another strong year of cash returns in fiscal 2020.

Assuming P&G achieves its latest forecast, fiscal 2019 will have marked its second straight year of accelerating growth as organic sales improve to 4% from 2% in 2018 and 1% in 2017. Earnings gains have been even stronger thanks to cost cuts and those rising product prices.

However, there are good reasons to expect CEO David Taylor and his team to project a slowdown ahead. Executives in April predicted a "strong competitive response" to its recent market share gains, for one, and Kimberly Clark's faster growth could be a part of that reaction. P&G will have a higher bar to pass, too, and will face a volatile environment for commodity costs and exchange rate shifts.

All of these factors might convince management to issue a wide range for its growth outlook that leaves the door open for a major slowdown or a slight acceleration in 2020. Assuming P&G takes that conservative approach, investors will likely have to wait until the end of the first half of the year to find out if the business is still on the upswing.