But it has diversified into other beverages, which can help offset some of the decline in beer investors will probably see.

With the North American beer market in decline, not many are expecting Molson Coors (TAP -3.17%) to report heady growth numbers for the second quarter. But because the brewer is positioning itself for the future, this may be the point where it sets the stage to return to growth, albeit from a smaller base.

Investors appreciated Molson's 39% dividend increase to $0.57 per share from $0.41, but that may have just been a salve to put on the burn they feel when it reports results. Since the brewer is scheduled to release its financials on Wednesday, July 31, let's see what investors might expect this quarter. 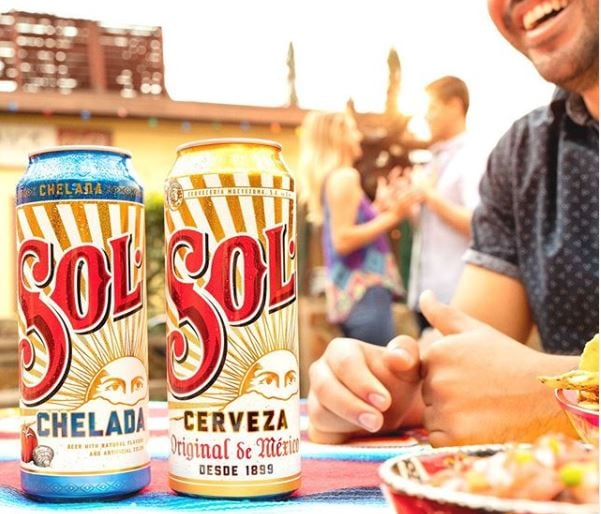 Molson Coors is tapping into the continued popularity of imported Mexican beer with its Sol brand. Image source: Molson Coors.

Everything but beer is better

Some may hold a faint hope that the brewer gains traction for the period, because Anheuser-Busch InBev (BUD -2.12%) just reported its second-quarter earnings and said beer sales hit a five-year high as volumes increased over 2%. However, the megabrewer also said volumes and market share in the U.S., its largest market, continued to decline, so Molson may not see a benefit, either.

And while craft beer leader Boston Beer (SAM -2.38%) also reported higher sales and depletions, or shipments to distributors and retailers, that doesn't offer much solace for Molson investors, because it said its gains once again didn't come from its flagship Samuel Adams brand but rather that its hard seltzer and teas have been its driving force for some time now.

The results of Molson Coors' rivals isn't too dissimilar from its own experience, as it reported higher revenue from its U.S. segment in the first quarter, but on volumes that fell year over year, as its biggest brands were still in decline.

Rather, the brewer is experiencing better results from its innovative brands portfolio, such as Henry's Hard Sparkling seltzer and Arnold Palmer Spiked tea and lemonade, while also gaining ground with Sol, its Mexican beer acquired from Heineken (NASDAQOTH: HEINY) in 2017.

That does bode well for Molson, because whatever growth there is in the U.S. beer industry, it's mostly coming from Mexican imports. Although Constellation Brands gets most of the credit because its Corona and Modelo family of beers dominate the segment, Molson Coors says on its MillerCoors blog that according to Nielsen data, its Sol Chelada is the now second biggest Mexican import brand year to date and the No. 4 new brand released in total beer in the convenience store channel. It's also especially popular with millennials, who are 30% more likely to buy the brand than other Mexican imports.

Molson also has the requisite collection of other trendy alcoholic beverages, including a kombucha drink, a sparkling vodka targeted at the "wellness alcohol" crowd, and a hard coffee incubator initiative. It also has the obligatory beer industry tie-up with a marijuana company through a joint venture with HEXO that is preparing for Canada's December legalization date.

Although the beer business will probably still sag, Molson Coors financial picture will probably be better as it forges ahead with plans to reduce its debt, which stood at almost $8.5 billion at the end of the first quarter, and is on track to see some $205 million in cost savings this year. Molson also plans to deliver free cash flow of around $1.4 billion in 2019.

While the higher dividend payout could be a sop to investors about to be doused with cold water, it says it remains intent on reinitiating a dividend payout ratio in the range of 20% to 25% of annual trailing underlying EBITDA. However, that's scheduled to begin in the second half of 2019 and continue from there.

So investors shouldn't be surprised to see beer volumes decline again even if revenues tick higher, but analysts forecast $3 billion in sales, which is a 2% drop from last year, and earnings of $1.65 per share, a sharp 12% decline. But maybe like Boston Beer, the brewer can start seeing some traction from its ancillary beverages, though they'll only be able to offset somewhat the pullback from its primary brands.

The second quarter for Molson Coors will probably be one where its financial situation improves even if its beer business doesn't.