Founded all the way back in 1886, Coca Cola (NYSE:KO) is one of the oldest big brands in America. Therefore, some might think it may eventually run out of steam; after all, the modern consumer has been shifting more toward healthier drinks. But Coca-Cola's current overall strategy is to become a "total beverage company," indicating it wants to diversify away from soft drinks.  Over the past several years, the company has acquired brands in still bottled water, sparkling water, energy drinks, sports drinks, and even coffee, with the huge purchase of Costa Coffee last year.

Yet while several of these new categories are performing well, to find the real key behind company's recent earnings beat and soaring stock price, look no further than the namesake Coca-Cola brand. This isn't your grandfather's Coca-Cola, but rather several fresh takes on Coke, expanding the iconic brand to healthier drinks, entirely new categories, and finding new audiences.

In the quarter, the company grew volumes in the trademark Coca-Cola brand, buoying the total company volume growth of 4% with another 2% growth from pricing and mix, to drive 6% overall revenue growth. Given that many feel the carbonated soft drink market is declining, those are pretty impressive numbers. 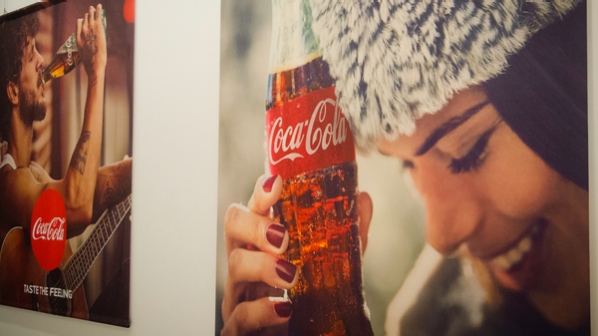 So, how did Coke do it? Chalk it up to good old management execution, both on the innovation side and the marketing side. Here are all of the ways the company is taking its brand strength and adapting it to modern times.

Coca-Cola Zero Sugar is the latest sugar-free Coke option from the beverage giant. Though Diet Coke, first released in 1982, is also sugar-free and calorie-free, Coke Zero Sugar was formulated to taste more like the original Coke.

Coke Zero Sugar was unveiled just in 2016, but it has grown double digits in each of the past seven quarters. On the conference call with analysts, CEO James Quincey said, "Our performance was largely driven by consumer demand for no-sugar versions of some of our best-known sparkling soft drink brands as well as for the smaller packages with less sugar." In fact, Coke Zero Sugar has been a hit not only in the U.S. but globally, as management called out Coke Zero Sugar in Europe as "creating sustained momentum in the majority of our markets."

What's another way to lower the sugar content of Coke? To give consumers less of it. Yes, a few years ago, Coca-Cola had the very innovative idea to make its cans smaller, in response to changing consumer tastes and to quell anti-obesity and anti-sugar advocates. Ultimately, that has led to Coke being able to charge more per ounce of Coke sold, allowing the company to grow core Coca-Cola revenue even as consumers opt for the smaller but less efficient can sizes. Thus, while Coca-Cola's North American volumes declined 1% last quarter, North American price/mix grew 4%, driven by the core sparkling drinks.

The smaller packages thus make Coca-Cola more like a sweet treat rather than a large, filling beverage. Continuing the innovation around making Coca-Cola more of a "treat," in February the company unveiled its first new flavor of Coke in over a decade: Coca-Cola Orange Vanilla.

The flavor went through extensive testing, and the summer-themed popsicle rollout is apparently having the desired effect, with the company highlighting innovations such as Orange Vanilla as contributing to the stronger-than-expected North American performance.

While this was the first new flavor for "regular" Coke, Diet Coke had already gotten the same treatment back in 2018. Perhaps taking a page from the flavored sparkling water craze, Coke unveiled a bunch of new Diet Coke flavors: Ginger Lime, Feisty Cherry, Zesty Blood Orange, and Twisted Mango. Management followed up the new-age flavor trend for Diet Coke this year with Strawberry Guava and Blueberry Acai. 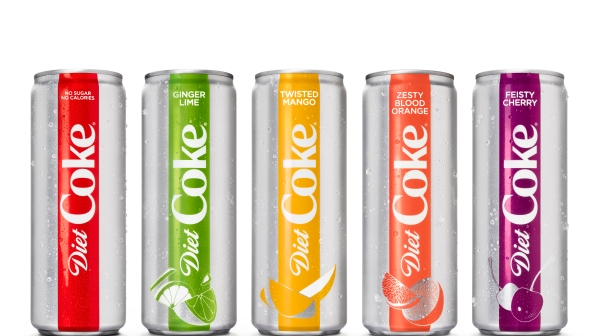 In recent years, Coca-Cola has been diversifying its lineup away from soft drinks and into energy drinks and coffee, with the purchases of a minority stake in energy drink brand Monster Beverage (NASDAQ:MNST) and the purchase of Costa last year. However, that hasn't stopped Coke from expanding the Coca-Cola brand into each of these categories last quarter.

In April, the company launched Coke Energy, its new energy drink based on the Coca-Cola brand, in Spain and 14 other test markets. Though the move may raise some eyebrows given its stake in Monster, management said:

The energy occasion is fast growing and expanding in multiple spaces to satisfy more consumers. We remain fully committed to our partnership with Monster. And we believe there are opportunities to capture even more value in the energy category for the Coca-Cola system and to bring new drinkers into our rapidly evolving category.

In other words, it appears that Coke sees a way to lure more people to try energy drinks who wouldn't otherwise opt for them, by framing the drink under the Coca-Cola brand.

Additionally, the company also unveiled Coca-Cola Plus Coffee, a mix of Coke with real coffee that has higher caffeine content than regular Coke, rolling it out to 26 countries. The company also mentioned Coca-Cola with coffee as an innovation that further spurred growth in the core sparkling segment last quarter.

Finally, in a display of hip, self-deprecating marketing, Coke also re-released New Coke on July 4 in partnership with Netflix, which featured the retro drink in the recent season of '80s throwback show Stranger Things. In case you're not aware, 1985 marked the year when Coke tried to change its core formula and release it as "New Coke"...with famously disastrous results. Bringing New Coke back not only was a cool way for Coke to poke fun at itself, but also to get Coke marketing back into the cultural zeitgeist.

The power of Coke's brand

Coca-Cola ranked sixth this year on Forbes' list of most valuable brand list, with all five above it being tech giants. Coke is also the oldest on Forbes' list, which is a testament to management's ability to keep the brand relevant over the years.

That doesn't happen by accident. By innovating with consumer tastes, extending the brand to new parallel categories, and having savvy, on-point marketing, Coca-Cola management has put on a clinic as to how to nurture a brand...with the financial results to back it up.