The balancing act gets tougher as the Japanese conglomerate's core growth engines of gaming, imaging products, and music start to sputter.

Sony's (SONY -0.71%) stock has rallied nearly 80% over the past five years as the robust growth of its gaming business offset the weaker performance of its other operations. But that growth engine is cooling off as the PS4 market matures, and investors are likely wondering if the stock can still head higher over the next 12 months.

Let's take a closer look at Sony's core businesses to find out. 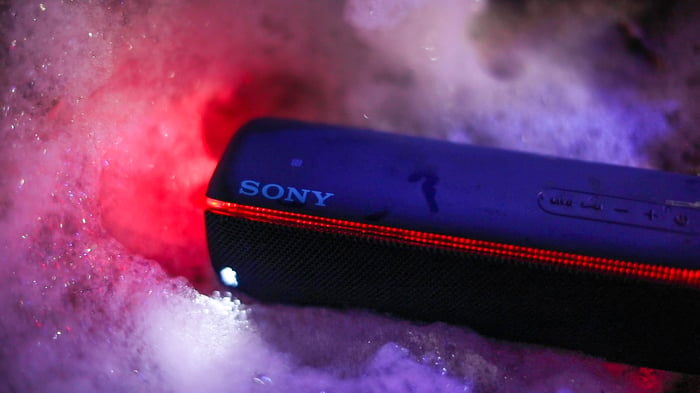 Only the gaming, music, and IP&S units grew their revenues and operating profits in fiscal 2018 (which ended on March 31). Together, the three units generated 44% of Sony's revenue and 70% of its operating profits for the full year.

The gaming unit posted a decline in PS4 hardware sales, but offset that drop with higher sales of software and subscription services. In fiscal 2019, Sony expects its gaming revenue to stay flat and its operating profit to dip on higher development costs for the PS5 and lower sales of first-party software.

The music unit (which also includes a tiny mobile gaming unit) offset lower sales of physical discs and digital downloads with higher streaming royalties and the consolidation of EMI Music. Sony expects the unit's revenue to rise this year, but for its operating profit to dip on tough comparisons to its gains from the EMI consolidation.

The IP&S unit benefited from stronger demand for detachable lenses for its high-end cameras, which offset waning sales of its compact digital cameras. However, Sony recently merged the IP&S unit with its weaker MC and HE&S businesses to form the new EP&S (electronic products and solutions) division, which replaces all three units going forward.

Everything else in Sony's portfolio is a mixed bag. The HE&S segment is losing ground in TVs against rivals Samsung (OTC: SSNLF), and the MC business remains deeply unprofitable as Sony courts bizarre ideas like tall or rollable phones. 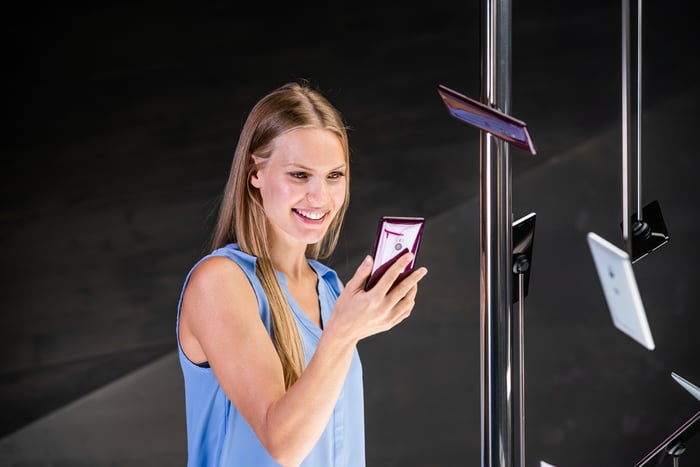 Sony Pictures is struggling in the movie market against juggernauts like Disney (DIS -4.00%), the semiconductors unit faces lower sales of camera modules (partly offset by higher sales of image sensors in multi-camera devices), and the financial services unit's profits are weighed down by weak investments at Sony Bank.

Only the financial services unit is expected to grow its revenue and operating profits this year as higher premiums at Sony Life offset its weaker investments. As for TVs, phones, and other consumer electronics, Sony is mainly focusing on boosting its profit margins per device instead of gaining market share against competitors like Samsung.

Sony expects its total revenue to rise 2% in 2019, but for its operating income to decline 9%, mostly due to the tough comparable to the EMI gain in 2018. It also expects its net income to plunge 45%, mainly due to an unfavorable comparison to its gain from Spotify's (SPOT -0.63%) IPO last year, which boosted its net income by a whopping 87% in 2018.

Sony's gaming business will likely continue to shed momentum over the next 12 months. The business should return to growth after the PS5 arrives near the end of 2020, but it will still face tough competition from Microsoft's (MSFT -4.78%) next-gen Xbox and nascent cloud gaming platforms like Stadia.

Sony's music business, one of the largest record labels in the world, should hold steady as it licenses more tracks to streaming platforms. The movie business, however, could continue to struggle as Disney launches heavy-hitters like Frozen 2 and Star Wars: The Rise of Skywalker later this year.

The semiconductor unit should stabilize as it sells more image sensors for multi-camera phones and expands its enterprise presence with a new partnership with Microsoft, as should the financial services unit as it laps its weaker investments from 2018.

The mobile unit, however, should remain a money pit. Sony previously stated that it wouldn't quit smartphones -- but it plans to slash the unit's operating costs as it merges into the new EP&S unit this year, which might pave the way for an eventual exit. Doing so would free up cash for its more important gaming business.

So where will Sony's stock be in a year?

Sony trades at just 15 times forward earnings, but it faces significant near-term headwinds. Its gaming business is losing momentum, its consumer electronics business remains shaky, and its other businesses are treading water instead of swimming forward.

Sony's stock might inch higher over the next four quarters, but it probably won't advance significantly until the PS5 arrives next year. Until that happens, Sony must maintain a delicate balancing act and ensure that its weaker businesses don't overwhelm its stronger ones.