Notably, Chegg Services saw its subscriber count rise by 30%, to 2.2 million, while Chegg Study content views increased by 25%, to 198 million.

"Chegg Study remains our largest service and serves as the center of our growth funnel," CEO Dan Rosensweig said in a press release. "It provides students with the essential support through their academic journey and does so online, with high-integrity content, in multiple formats, and meets them at whatever academic level they are at." 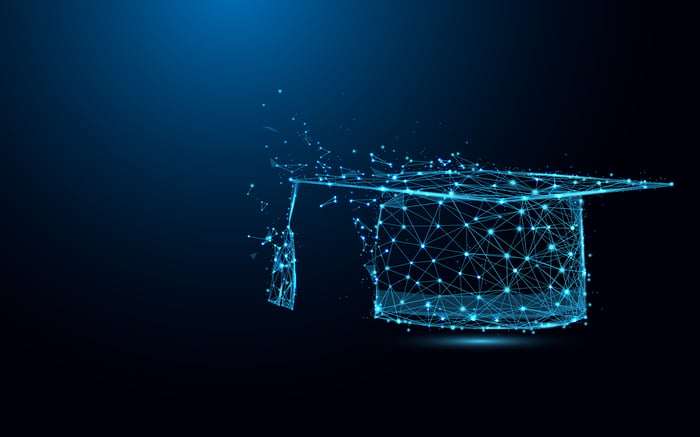 These strong results prompted Chegg to raise its full-year guidance. The company now expects revenue of $398 million to $402 million, up from a prior estimate of $393 million to $398 million. Management also increased its adjusted earnings before interest, taxes, depreciation, and amortization (EBITDA) target to between $121 million and $124 million, up from $117 million to $120 million.

"Our industry is clearly evolving faster than many intuitions can adapt," Rosensweig said. "There is more of a need for the services Chegg provides than ever before."