Before the opening bell on Wednesday, Amarin (NASDAQ:AMRN) reported its second-quarter earnings, with the biopharma easily beating the consensus for both its top and bottom lines for the three-month period. In fact, the company reported a record-setting revenue haul of $100.8 million in the second quarter, fueled by surging sales of the prescription omega-3 treatment Vascepa.

While stronger-than-expected earnings are always a positive, Amarin's Q2 report arguably gave investors a lot more to chew on than just financial facts and figures. Here are three key takeaways from the biotech's upbeat earnings release. 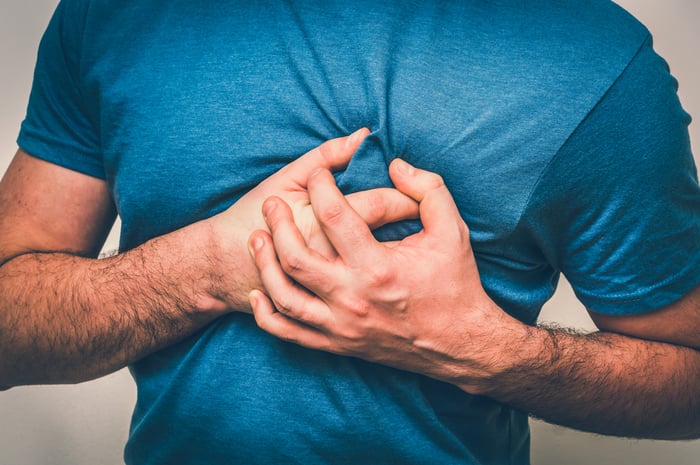 Shares have been soaring this year in response to the growing excitement about Vascepa's potential label expansion this September. Earlier this year, Amarin filed a supplemental new drug application (sNDA) with the Food and Drug Administration for Vascepa that would broaden the drug's label to include patients who are unable to adequately control their triglyceride levels despite being on statin therapy. Some Wall Street analysts believe this label expansion could push Vascepa's peak sales into the $10 billion range in the latter half of the next decade.

The company noted during its second-quarter report that this all-important regulatory review appears to be going smoothly, with a final decision on track for Sept. 28. In fact, Amarin thinks that a time-consuming advisory committee meeting is no longer likely at this late juncture. Here's what the company had to say on the matter:

To date, the FDA has not informed Amarin as to whether it plans to convene an Advisory Committee (AdCom) to review the sNDA. The FDA is not required to inform sponsor companies that it does not intend to hold an AdCom. While it remains possible that the FDA may elect to convene an AdCom, with less than two months remaining prior to the PDUFA date, Amarin is now assuming that an AdCom is unlikely. If Amarin is informed definitively that there will or will not be an AdCom, the company plans to update investors accordingly.

That's certainly good news, as advisory committees can prove to be major stumbling blocks for novel drugs like Vascepa.

2. Amarin has a clear vision for Vascepa's commercialization

With Vascepa's label expansion a strong likelihood at this point, the company is moving forward with its plans to expand the drug's U.S. sales force to a whopping 800 reps by October. Amarin is also on track to gain key regulatory approvals for Vascepa in both Canada and Europe shortly.

The company outlined its longer-term commercialization plans for Vascepa during today's earnings release. Specifically, it reportedly has designs on a direct-to-consumer (DTC) campaign set to kick off in the second quarter of 2020 (assuming a successful sNDA filing).

This DTC promotional campaign would ultimately supplement the company's ongoing educational and digital marketing efforts. In all, Amarin has laid a solid foundation for Vascepa's highly anticipated label expansion, which bodes well for growth prospects.

Per the company's second-quarter release, its cash balance now exceeds an eye-catching $600 million on a pro forma basis. This is a result of the company's cash position of $221.8 million at the end of the most recent quarter and its recent $460 million equity offering. Amarin should thus have more than enough cash to fund its enormous sales force expansion and various other marketing campaigns.

Equally as crucial from a value-creation standpoint, it shouldn't need to tap the public markets for capital for the foreseeable future (if ever again). Investors were none too pleased with the size of this latest public offering, but the company did it to shore up its long-term financial position. That's a smart business move that should ultimately pay huge dividends for current shareholders.