Hollywood has a global influence on the entertainment industry, and increasingly, what happens overseas with the content that movie and television studios produce is more important than domestic results at the box office and with television ratings. For big-screen theater operator IMAX (NYSE:IMAX), international opportunities have driven much of its expansion, helping to supplement the solid results it generates domestically. In particular, China has been a fertile ground for entertainment content, and IMAX has worked hard to make the most of demand there.

Coming into Tuesday's second-quarter financial report, IMAX investors were looking forward to relatively flat performance in both sales and earnings. IMAX's results showed that the company is taking advantage of blockbuster movies in 2019, and it specifically attributed much of its recent success to the Chinese entertainment market. 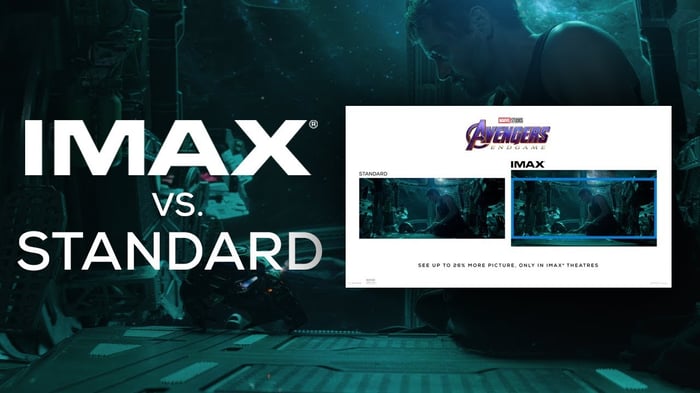 A strong showing for IMAX

IMAX's second-quarter financial results looked solid. Revenue came in at $104.8 million, rising 6.6% from year-ago levels and easily topping the roughly $98 million that most of those following the stock were expecting to see. Adjusted net income rose a more modest 4% to $19.7 million, but the resulting adjusted earnings of $0.32 per share came in higher than the consensus forecast among investors for $0.29 per share.

Strong box office results for IMAX played a vital role in the company's success. Global box office went up 6.5% to $364.9 million, with the company benefiting from 15 new films and four carryover films shown during the period. That slate of content was greater than the total of 14 new and carryover films shown in the second quarter of 2018. In particular, China was instrumental to IMAX's growth, as box office in that country was higher by $29.1 million -- representing more than the gain in global box office receipts overall.

IMAX enjoyed a relatively balanced contribution from both halves of its business. In the network segment, sales climbed 6%, with most of the gains coming from its digital media remastering revenue. More modest increases in joint revenue-sharing arrangements also helped contribute to higher revenue, although higher marketing costs hurt margin levels. The larger number of showings and the promotion of Avengers: Endgame played a role in boosting those marketing expenses.

IMAX's theater segment also pulled its weight, with revenue growth bouncing back to 13% after a hiccup last quarter. The company installed 27 new theaters in total and upgraded eight more, and IMAX signed 54 new theaters and 19 upgrades during the period.

What's next for IMAX?

CEO Richard Gelfond is happy with how things are going. "IMAX is on track to deliver its best year ever at the box office," Gelfond said, "with the success of Spider-Man: Far From Home, The Lion King, and our record-breaking, first local language animated release in China this past weekend, Ne Zha, leading a strong second half film slate and building on our solid first-half." The CEO is happy with the high-quality content it has available, helping it deliver on its commitment to moviegoers and creating loyalty.

Full-year guidance remained largely the same from IMAX. The theater operator sees low double-digit percentage gains in global box office figures, and flat operating expenses should help IMAX be as profitable as possible. The company expects to install 140 to 145 new theaters and upgrade 45 existing locations with IMAX with Laser technology. Most of those installations will likely happen in the fourth quarter.

IMAX shareholders were excited about the news, and the stock climbed almost 4% in after-hours trading following the announcement. As long as Hollywood keeps delivering the content that viewers want to watch, IMAX will give those moviegoers an experience that they're willing to leave home to get.