Has the premium large-format movie purveyor turned the corner?

It's been a tough few years for IMAX (IMAX -1.67%) investors. After hitting all-time highs in mid-2015, the stock has been in a state of near-continual decline, recently reaching lows not seen since 2011. What's causing the free fall? Fears about growing adoption of streaming, slowing attendance at movie theaters, and concerns about escalating costs that have hampered IMAX's potential growth.

Management embarked on a cost-cutting campaign to address some of those fears, an approach that appears to be working. The company's latest report established that IMAX was on the road to recovery. Shareholders rejoiced, sending IMAX shares up as much as 13% in the wake of the positive earnings report, though they're up about 9% as of this writing. Let's review some of the key reasons that gave investors cause to celebrate.

For the fourth quarter, IMAX reported revenue of $109 million, and while it was down 13% compared to the prior-year quarter, it was much better than analysts' consensus estimates of $101.4 million. A year-over-year decline in revenue was expected, as the result of tough comps due to the box office success of Star Wars: The Last Jedi at the end of 2017. But the decline wasn't as bad as expected.

The theater business, which provides the bulk of IMAX's revenue, grew to $61.9 million, up 11% year over year on robust system sales. Network business, which includes the digital remastering of films and joint revenue-sharing arrangements with theaters, came in at $41.7 million, down 22%. This portion of the business tends to be lumpy and unpredictable, so it wasn't a major concern.

IMAX has been making good on management's goal to cut spending across all parts of the company's business and effective spending discipline boosted the bottom line. Adjusted earnings per share of $0.26, was just a penny shy of expectations. This was down from the $0.36 per share the company generated last year, again the result of tough comparisons.

Management's cost-cutting initiative was evident in a number of areas. Cost of revenue declined, helping boost gross margins to 50% of revenue from just 48% in the prior-year quarter. Expenses for the year were in line with the company's goal of being flat year over year.

There was already evidence that the company's business in China was enjoying significant growth. IMAX confirmed those suspicions, saying that so far in 2019, IMAX's box office in China had reached $78 million, up 61% year over year.

Earlier this month, IMAX reported a record-shattering box office take during Chinese New Year that increased 40% year over year, compared to just a 1% lift across the industry. That's even more impressive considering that that's on top of a 75% year-over-year jump in 2018. IMAX attendance in China increased 16% last year, compared with an industry decline of 12%. Alita: Battle Angel posted the biggest-ever first-quarter opening for IMAX China. While it's still too early to project full-year success in that country, IMAX is certainly off to a good start. 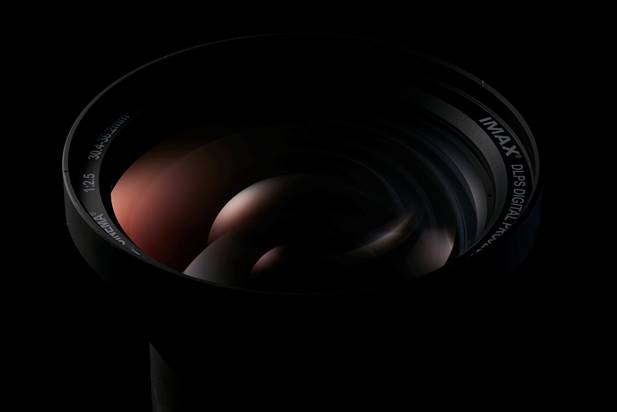 4. A year of blockbusters

After successfully tackling some spending issues, IMAX feels it's better positioned to benefit from the slate of blockbuster movies scheduled to debut in 2019. Some of the more high-profile titles coming to IMAX theaters include Captain Marvel, The Lion King, Toy Story 4, Spider-Man: Far From Home, It: Chapter Two, and Star Wars: Episode IX. Another noteworthy tentpole is Avengers: Endgame, which was filmed entirely with IMAX cameras. This is the highly anticipated sequel to Avengers: Infinity War, which achieved $2 billion in ticket sales worldwide, the fourth-highest box office total of all time.

On the conference call to discuss the results, IMAX CEO Rich Gelfond said, "Overall, this action-packed slate, coupled with the initiatives we've talked about on this call, should drive increased foot traffic through our global network."

While IMAX doesn't provide specific revenue and earnings-per-share guidance, it did provide several broad strokes that appear to bode well for 2019. On the call, Patrick McClymont, IMAX's chief financial officer, said the company expects box office to grow "in the mid-to-high single-digit range," in 2019. He also pointed out that its EBITDA margin peaked at 40.5% in 2015, and that it experienced margin compression over the next few years due to investments and new business initiatives. McClymont said that if the expected box office growth is achieved this year, "We would expect EBITDA margins to return to levels achieved in 2015." That's an indication that the company is anticipating a big boost to the bottom line in 2019.

There was plenty to like in IMAX's earnings results, and the company may have hit an inflection point in 2018, on the road to renewed growth.