The heat of summer causes people to hit the road in search of beaches, pools, theme parks, or maybe just a change of scenery. It's a season of good weather (or at least warm weather), the kids are off from school, and many adults use that as an excuse to take a trip.

Last summer, the average American spent $812 on travel, $551 on restaurants, and $268 on entertainment, according to data compiled for The Motley Fool from Bank of America's credit and debit card customers. That's up 5% from 2017. The overall number of transactions rose by 9%, but the average transaction price decreased by 3% to $94.

"Summer is here. For some that means sending your 'out-of-office' email and jetting off to relaxation," said Jason Gaughan, Bank of America's credit cards executive in a quote sent to The Motley Fool. "For others, it's mapping out rooftop restaurants or giving your house a fresh coat of paint. Regardless of how you maximize warm weather, your wallet is likely to take a hit – as the average customer spent nearly $2,000 on travel, dining, and home improvement during last year's summer months." 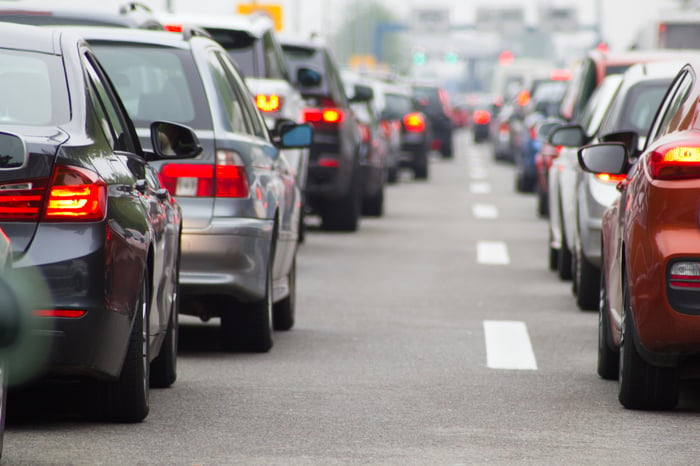 A lot of Americans plan to travel this summer. Image source: Getty Images.

In 2018, road travel saw a major increase. Gas spending increased by 22%, while consumers spent 29% more on rideshares than they did in 2017. Spending on air travel also jumped by 9% compared to the previous year. The average consumer spent $417 on gas and $151 on ride-sharing services.

Spending on travel also varies by generation. Older travelers (65+), spent the most (an average of $731) on home shares than any other generation. That's more than that age group spent on hotels ($663). Millennials and Generation Z also spent more on home shares ($536 average for the two groups combined) than hotels ($401). Generation X, however, averaged $692 spent on hotels while baby boomers spent $709.

"Millennials and GenX stayed true to the label 'foodies,' spending an average of $627 and $635 on restaurants, respectively," according to Bank of America. "Meanwhile, baby boomers and seniors spent more than $100 less than their younger peers, at $474 and $354, respectively."

Stick to a plan

Summer travel does not have to break your budget. You may want to take a dream trip to Hawaii or hit another tropical island, but you may only have enough money to buy little umbrellas for drinks you make yourself.

In reality, you can have fun wherever you are for nearly any budget. If you can only afford a local trip, work on making that fun. Most communities have beaches, lakes, pools, or other places to relax and people often don't take the time to do touristy things where they live.

Even if your budget only allows for a plastic pool in the backyard, try to have fun within your budget. Remember that it's people and experiences -- not fancy travel -- you'll ultimately remember. Focus on making the most of what you can afford and try to be responsible even if you're tempted not to be.