The CRISPR pioneer is taking a slow-and-steady approach to drug development. If peers are overlooking one key element of gene editing, that approach could pay off.

There's a clear distinction between the three pioneering companies developing genetic medicines based on CRISPR gene editing tools. CRISPR Therapeutics ( CRSP 10.88% ), valued at $2.7 billion, was the first to advance a drug to clinical trials, and it has ample support from its deep-pocketed partner, Vertex Therapeutics ( VRTX -0.35% ). Editas Medicine ( EDIT 11.29% ) is valued at $1.3 billion and was the second to advance a drug to clinical trials, but it's experienced some executive churn and doesn't have a big partner for its lead program.

And then there's Intellia Therapeutics ( NTLA 18.08% ). The business is valued at $850 million, won't have a drug candidate in clinical trials until 2020 or 2021, and has only named one pipeline asset to date (though it does have a deep-pocketed partner). Investors are clearly not quite as excited for the laggard as they are for its peers, but the company might have a trick up its sleeve investors are overlooking. Does a relatively low market cap make Intellia Therapeutics a buy? 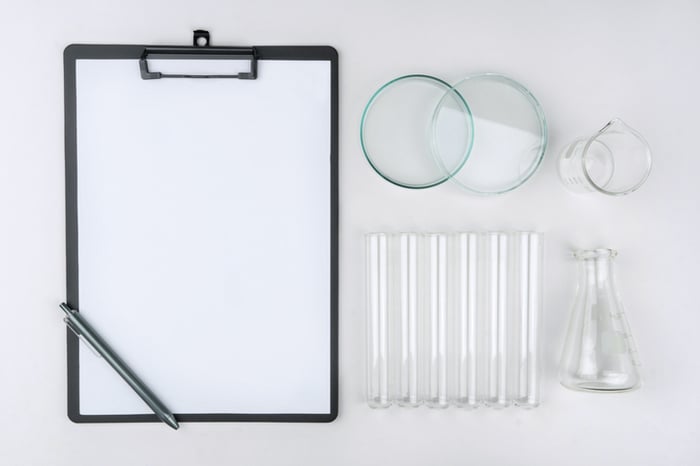 There's not much to report in terms of financials given the pre-clinical nature of operations. Intellia Therapeutics ended March with $297 million in cash, which ranked behind both Editas Medicine and CRISPR Therapeutics. That cash balance suggests the business will need to raise significantly more money in the coming years as it begins to develop its drug candidates.

That said, the financial burden of drug development could be relieved if Intellia Therapeutics earns milestone payments from its partner, Regeneron Pharmaceuticals ( REGN 2.18% ). The pair are developing NTLA-2001 as a treatment for transthyretin amyloidosis (ATTR), a rare disease in which an amyloid protein accumulates in the body's organs and tissues. In preclinical studies of non-human primates, the asset achieved an average reduction of over 95% in circulating transthyretin protein in the liver.

Intellia Therapeutics and Regeneron Pharmaceuticals are still collecting toxicology data on NTLA-2001. They'll need that data to file an investigational new drug (IND) application with the U.S. Food and Drug Administration, which is expected to occur in 2020. That's a delay from the original deadline of late 2019, and a not-so-subtle reason for Wall Street's disinterest regarding the stock, but there's a good reason for the delay.

Will slow-and-steady win the race?

Intellia Therapeutics is behind its peers when it comes to advancing assets into clinical trials, but it all comes down to the diseases being targeted and the specific CRISPR approach being taken by each platform. The lead drug candidate of CRISPR Therapeutics targets red blood cell disorders by editing stem cells found in bone marrow, but with an ex vivo approach. Editas Medicine's lead candidate is targeting an inherited form of blindness by editing cells in the eye, but with an in vivo approach.

Intellia Therapeutics, on the other hand, is targeting liver diseases with an in vivo approach. The organ requires a very different delivery vehicle for getting the CRISPR gene editing payload into liver cells and ensuring efficient uptake. The company's solution: lipid nanoparticles (LNP). It sounds boring, but it could be the major differentiator among the CRISPR trio.

The idea is to encapsulate the CRISPR payload within LNPs, which will break down once inside a cell and let the gene editing tool get to work. LNPs could increase the safety and efficiency of the tool, with some academic studies touting 90% uptake -- significantly higher than alternative delivery vehicles such as viruses, metallic nanoparticles, and radical containing nanoparticles. 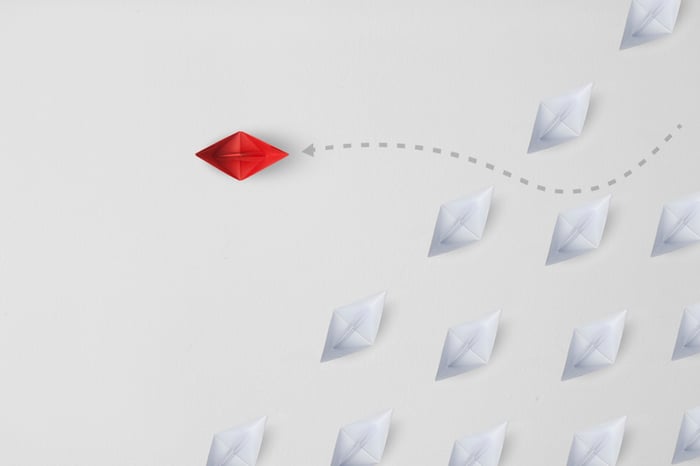 Focusing on the specifics of the delivery vehicle before clinical trials begin could prove wise. Intellia Therapeutics appears to be going all-in on LNPs as the foundation for its entire gene editing platform. In December, shortly after delaying expectations for NTLA-2001, the company announced that it had expanded access to the intellectual property surrounding LNPs developed by Novartis, which gave the CRISPR pioneer permission to use the delivery vehicles in both in vivo and ex vivo applications.

While LNPs have to be tuned for each drug candidate and cell type, that sure simplifies drug development activities. For comparison, Editas Medicine currently expects to use up to four different delivery vehicles depending on the disease, approach, and targeted cell type.

Some have questioned the timing of the NTLA-2001 delay, as it coincided with potential safety issues of CRISPR gene editing tools. But if refocusing on LNPs is the real reason for the slow-and-steady approach taken by Intellia Therapeutics, then investors might not want to sleep on the business. NTLA-2001 in ATTR could begin clinical trials in 2020 or 2021, with other liver diseases in its crosshairs. Meanwhile, a drug candidate is expected to be selected for acute myeloid leukemia by the end of 2019, and the company is working with Novartis on three separate pre-clinical pipeline programs.

Keep this CRISPR stock on your watchlist

Investors might think that Intellia Therapeutics has been left behind by peers, but that might not be the most accurate assessment of the situation. The business may have taken a step back simply to ensure it nailed the delivery vehicle component of its drug candidates. While that delayed its entrance into the clinic, it could pay dividends across its pipeline in the years to come. And if peers falter in the clinic because they raced ahead to appease Wall Street and overlooked the importance of delivering CRISPR payloads, then investors might come to view decisions made by Intellia Therapeutics quite differently.

That said, the gene editing space is still in the earliest stages of development. Even if investors are overlooking the potential value of the LNP platform, it sure would be nice to see more robust data. That won't be available until 2021 at the earliest, which means this stock may be better for your watchlist than your portfolio for now.

Why Shares of Intellia Therapeutics Are Jumping Today