Investors came into Wednesday focused on one thing: whether the Federal Reserve would go forward with an expected rate cut. The Fed did indeed make a quarter-percent reduction in its Federal Funds rate, but market participants weren't pleased to see that the central bank also signaled a reluctance to make further rate cuts in the future. Moreover, some bad news on the earnings front hurt many individual stocks. Advanced Micro Devices (NASDAQ:AMD), 2U (NASDAQ:TWOU), and Zendesk (NYSE:ZEN) were among the worst performers. Here's why they did so poorly.

Shares of Advanced Micro Devices sank 10% after the chipmaker reported its second-quarter financial results. Revenue was down 13% from year-ago levels, and net income fell more than 40% over the same period as weakness in the company's core business lines weighed on overall results. In addition, AMD said that it expects its full-year results won't be as good as previously expected, as sluggish performance in game-console chips held back high demand for its Ryzen line of processors. With significant uncertainty about the current state of the semiconductor industry, worries about a downturn could pressure AMD stock well into the future. 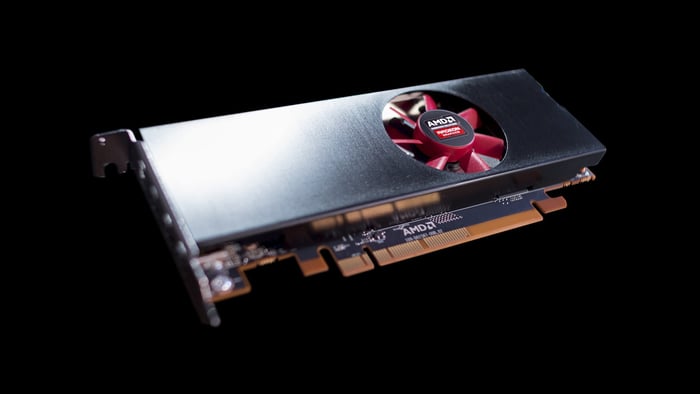 Educational technology specialist 2U suffered a devastating loss, as its stock plummeted 65% on the day. 2U said that revenue for the second quarter of 2019 was up almost 40%, but adjusted losses widened by roughly 150% and were worse than the company had projected. Investors seemed to react worst to co-founder and CEO Chip Paucek's comments that 2U will sacrifice near-term revenue growth in order to emphasize profitability. That might not sound like a bad thing if it works, but shareholders aren't comfortable about plans to scale back launches of new graduate programs -- especially at a time when growth expectations have been at their highest.

Finally, shares of Zendesk declined 10%. The provider of customer service solutions said that sales climbed 37% during the second quarter of 2019 compared to the year-earlier period, and adjusted net income showed a small profit. Yet the guidance that Zendesk gave wasn't quite as encouraging as investors had hoped to see, including full-year revenue projections for $807 million to $811 million and adjusted operating income of just $10 million to $11 million. Until regional challenges in certain areas of the world start to disappear, Zendesk could continue to see volatility in its results from quarter to quarter.