Please ensure Javascript is enabled for purposes of website accessibility
Log In Help Join The Motley Fool
Free Article Join Over 1 Million Premium Members And Get More In-Depth Stock Guidance and Research
By Danny Vena – Aug 1, 2019 at 8:17AM

There were plenty of gems about the iPhone maker's recent quarter on the conference call.

When Apple (AAPL 3.08%) reported its fiscal third-quarter earnings results on Tuesday, investors were in for a pleasant surprise. After back-to-back quarters of year-over-year revenue declines, the iPhone maker returned to growth. Revenue grew to $53.8 billion, up 1% from the prior-year quarter. While earnings per share fell 7% shy of the year-ago period, it was an improvement from the 10% year-over-year decline Apple saw last quarter.

The fiscal Q3 conference call offered a wealth of additional information for Apple shareholders, but these three tantalizing morsels in particular provide helpful hints to about what lies ahead for the company. 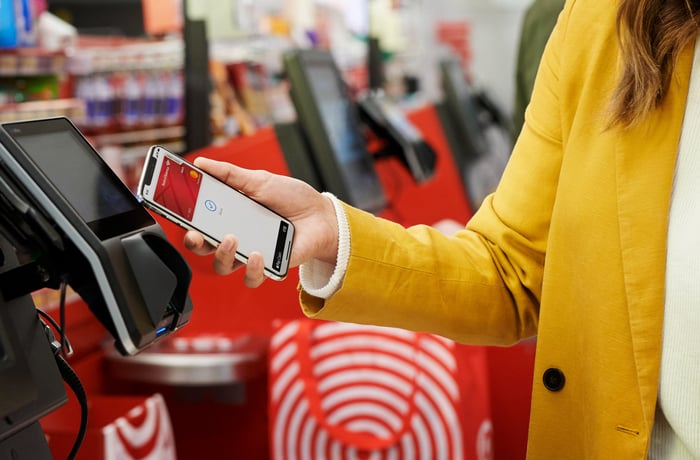 The sky isn't falling in China

The biggest factor affecting the results from the two previous quarters -- Apple's fiscal Q1 and Q2 -- were that sales in China seemed to fall off a cliff. In the first quarter, Apple CEO Tim Cook went so far as to issue this pronouncement: "Most of the shortfall relative to our original guidance and over 100% of our worldwide year-over-year revenue decline was driven by performance in Greater China," he said.

Cook said the company saw improvement in the final weeks of last quarter, saying "it appears to be the trough." The situation seems to be improving, as comments from this quarter indicate:

We saw significant improvement compared to the first half of fiscal 2019 and returned to growth in constant currency. We experienced noticeably better year-over-year comparisons for our iPhone business there than we saw in the last two quarters, and we had sequential improvement in the performance of every category.

Several things appeared to contribute to the improving the results in China. Apple made a series of pricing adjustments over the past several months and at the same time Chinese officials instituted government stimulus in the form of a reduction in the value added tax. This combination of factors appear to have had the desired effect.

It's not just about the iPhone any more

For the first time in years, sales of the iPhone accounted for less than half of Apple's revenue. The biggest contributor to the results outside of the flagship device was of course Apple's services segment. In early 2017, Apple CEO Tim Cook announced the company's ambition to double the revenue from services in the coming four years. At the time, services accounted for about $25.5 billion during the previous four quarters.

Fast-forward to mid-2019, and services revenue -- which includes Apple Music, App Store, iCloud, and Apple Pay -- jumped to $11.46 billion for the quarter, up 13% year over year. More importantly, with a run rate nearing $46 billion, Apple is well on the way to achieving its goal of generating $51 billion annually from its services segment.

Wearables -- which includes AirPods, Apple Watch, and Beats products -- has been an area of increasing importance for Apple, growing significantly faster than any other area of its business. Cook said it was an "absolutely blow out quarter for wearables," noting several important benchmarks. Growth in the segment accelerated to "well over 50%." This was led by the Apple Watch, which set a June quarter revenue record, with 75% of customers buying the device for the first time.

Cook said, "When you tally up the last four quarters, our wearables business is now bigger than 60% of the companies in the Fortune 500. To put that into perspective, Fortune's latest data shows that No. 200 on the chart generated revenue of $15.74 billion last year, implying that Apple's wearables business has grown to at least that size.