The cloud computing revolution has transformed technology, and Arista Networks (NYSE:ANET) has been in a good position to take advantage of rising demand for cloud services. The company's open-source platform became popular early on in the cloud adoption cycle, and solid growth has kept the company's fundamentals moving upward for quite a while.

Coming into Thursday's second-quarter financial report, Arista shareholders expected to see continuing growth from the networking company. They weren't disappointed, as growth was stronger than most had foreseen, and things look promising for Arista for the foreseeable future.

Arista climbs into the cloud

Arista Networks' second-quarter results were solid. Revenue rose 17% to $608.3 million, which was a bit better than most of those following the stock had anticipated. Adjusted net income of $198.6 million was higher by 28% from year-ago levels, and the resulting adjusted earnings of $2.44 per share topped the consensus forecast among investors of $2.20 per share. 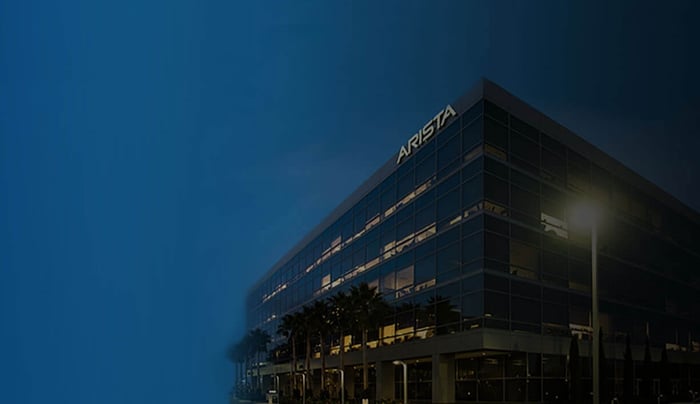 Growth on both sides of Arista's business was solid. Product sales, which make up almost 85% of Arista's overall revenue, climbed 15% during the quarter. Services saw even stronger growth, as segment revenue rose 27% year over year.

Arista also did a good job of containing costs during the period. Operating expenses were down sharply because Arista had to pay a $405 million legal settlement in the year-ago period. But even when you take that settlement out of the picture, operating expenses were higher by just 9% over the past year. Much of the increase went to research and development, which Arista expects will pay off with new products and services offerings in the future. Modest increases in gross margin and operating margin were also encouraging.

CEO Jayshree Ullal was happy with the performance. "In [the second quarter of 2019]," Ullal said, "Arista raised the ante with innovative products in both 400G and Cognitive Campus." The CEO pointed to Arista's leadership in cloud networking as being instrumental in building a favorable reputation for the company throughout the industry.

Arista pointed to several initiatives that it believes should drive results in the near future. The introduction of a new family of universal 400G cloud network platforms should help early-adopting clients consider upgrading to the latest new technology, boosting speed and taking maximum advantage of new capabilities that 400G allows. At the same time, compatibility with Microsoft's Azure is available through Arista's hybrid cloud architecture for enterprise customers, while Arista's cognitive cloud networking platform is helping clients that have close-knit operations in multiple buildings.

Arista's guidance for the second quarter was also reasonable. The company projected revenue of $647 million to $657 million, which compares favorably to the consensus forecast among those following the stock for about $651 million on the top line.

Shareholders in Arista Networks were pretty happy with the company's results, and the stock moved higher by 4% in after-hours trading following the announcement. That's not to say that everything is perfect with Arista, as the company still has to execute well in order to take maximum advantage of all the opportunities that its extensive set of platforms creates. Nevertheless, Arista has put itself in the driver's seat to compete for business from companies seeking to put the power of cloud computing to work for them. That's an enviable position to be in, and investors hope it will produce big gains for the business over the long haul.