Arista Networks (NYSE:ANET) stock jumped 10.2% in March, according to data from S&P Global Market Intelligence. Shares of the cloud networking solutions provider have gained 54% in 2019 through April 3. 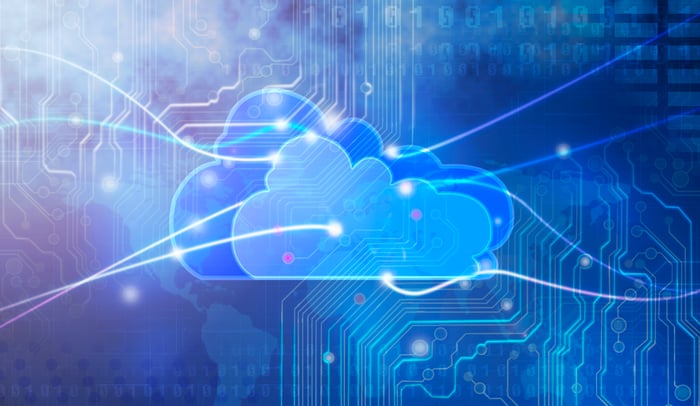 Arista Networks didn't release any significant news at the tail end of February or in March. There was some notable news, however, that came out about the company in this period. On March 20, Deutsche Bank raised its rating on Arista stock from sell to hold, and the next day Goldman Sachs upgraded the stock to a conviction-buy. Shares popped 5.6% on March 21, likely due to the Goldman upgrade. They soon, however, gave back the bulk of that gain.

We can probably safely attribute a good portion of the stock's outperformance last month to a continuation of the positive momentum it's enjoyed this year, driven by the company's strong financial results. In mid-February Arista reported fourth-quarter 2018 results that beat Wall Street's estimates for both revenue and earnings and provided better-than-expected first-quarter 2019 guidance. For the quarter, revenue increased 27% year over year to $595.7 million, and adjusted earnings per share (EPS) climbed 32% to $2.25, sprinting by the $2.06 analysts were expecting.

Investors should be getting material news relatively soon. While Arista hasn't yet announced a date, it should be releasing its first-quarter earnings in early May. For the quarter, the company has guided for revenue growth of about 25%, adjusted gross margin of 63% to 65%, and adjusted operating margin of about 35%.