Hyatt Hotels (NYSE:H) investors have been seeing robust returns from the hotel giant in recent quarters despite a slowdown in its core growth pace. Reduced revenue gains in its existing hotels are being offset by higher franchise fees and Hyatt's aggressive expansion of its store base.

In its second-quarter earnings report this week, the chain continued those big-picture trends. However, a further growth slowdown -- plus some surprise construction costs -- convinced management to lower its 2019 outlook on both the top and bottom lines.

What happened with Hyatt this quarter?

Hyatt again managed double-digit sales growth, but those gains were almost entirely powered by a rising base of hotels as opposed to higher spending at existing locations. 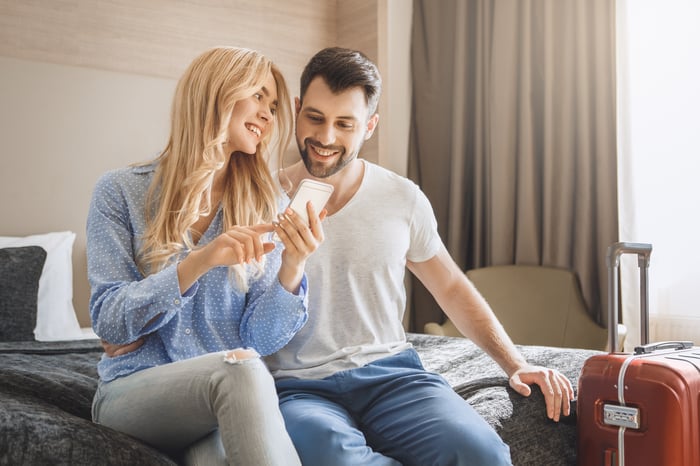 Executives concentrated their remarks on the positive highlights from the quarter. "We reported solid second quarter results," CEO Mark Hoplamazian said in a press release. "Strong [traveler] demand drove 1.3% RevPAR growth, and fees and net rooms grew at a double-digit pace," Hoplamazian explained. He added, "We expect the key drivers of growth across our lodging business to continue to drive results within the context of our reduced RevPAR guidance."

That reduced guidance now calls for RevPAR to rise by between 1% and 2% rather than the prior target of 1% to 3%. Hyatt also lowered its 2019 adjusted earnings outlook to reflect what management called "construction-related issues" at two of its Miraval properties. These challenges combined to lower the earnings forecast to between $755 million and $775 million, down from $780 million to $800 million.

On the bright side, Hyatt lifted its outlook for hotel launches and now expects to open 85 new properties in 2019 as opposed to the 80 it had forecast to start the year. That rising base, plus increasing management fees, should keep sales improving at a double-digit pace in 2019. However, profit challenges and sluggish growth at existing hotels now appear set to produce a slight drop in earnings this year.