Thursday was an extremely volatile day on Wall Street. Major benchmarks initially rose as investors got more comfortable with the Federal Reserve's quarter-point rate cut on Wednesday, but they then reversed course after President Trump threatened to impose new tariffs on China effective Sept. 1. Most indexes fell about 1%, but some stocks managed to gain ground on good news for their respective businesses. SunPower (NASDAQ:SPWR), Myriad Genetics (NASDAQ:MYGN), and Cirrus Logic (NASDAQ:CRUS) were among the top performers. Here's why they did so well.

Shares of SunPower soared 24% as investors were generally pleased with its second-quarter financial results. The solar specialist saw revenue fall modestly year over year, and its losses widened from year-ago levels. Yet those numbers were better than most analysts had expected, in large part because SunPower has been able to raise prices on solar panels and reap the rewards of new products and business strategies. The uncertainty in trade relations between the U.S. and China has a big impact on the solar industry, but investors are betting that SunPower can make the most of its opportunities regardless of the industry environment. 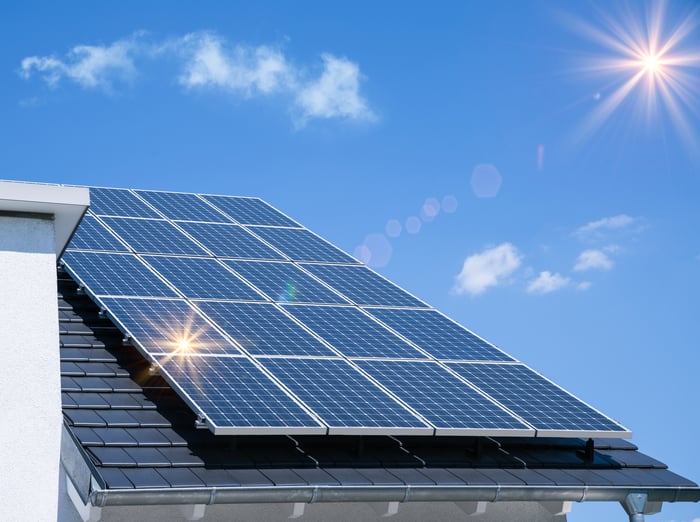 Myriad Genetics saw its stock skyrocket 54.5% after the company unlocked a huge potential new source of revenue. Health insurance giant UnitedHealth Group said that it would reimburse its members for expenses related to Myriad's GeneSight genetic testing product in certain patients with major depressive disorder or anxiety. With a wide range of medications available to treat mental illness, Myriad believes that GeneSight can help isolate which ones are most likely to work for a particular individual, saving money and helping to achieve better patient outcomes. UnitedHealth agrees, and investors hope that more insurers will come around and start covering Myriad products under health insurance policies.

Cirrus gets the chip off its shoulder

Finally, shares of Cirrus Logic jumped more than 16%. The audio-chip maker saw slightly weaker revenue in the first quarter of its 2020 fiscal year than it did a year earlier, but the company reversed a year-ago loss with a modest profit for the period. Adjusted net income climbed 17% year over year. CEO Jason Rhode pointed to demand for amplifiers and smart codecs as being instrumental in driving Cirrus Logic's success, and a rising chorus of new and existing customers wanting those products should help the company keep seeing its results improve well into the future.