Please ensure Javascript is enabled for purposes of website accessibility
Log In Help Join The Motley Fool
Free Article Join Over 1 Million Premium Members And Get More In-Depth Stock Guidance and Research
By Leo Sun – Aug 2, 2019 at 11:36AM

Square's stock (SQ 1.44%) recently dipped after the online payments provider posted its second-quarter earnings. At first glance, Square's headline numbers looked solid: Its adjusted revenue rose 46% annually to $563 million, beating estimates by about $5 million. Its adjusted EBITDA grew 54% to $105 million, and its adjusted EPS climbed 62% to $0.21 and cleared expectations by a nickel.

That guidance "miss" sparked a post-earnings sell-off, but investors should be accustomed to Square's sandbagged guidance by now. Let's discuss why Square sandbags its guidance, and whether it should stop playing this smoke-and-mirrors game with Wall Street. 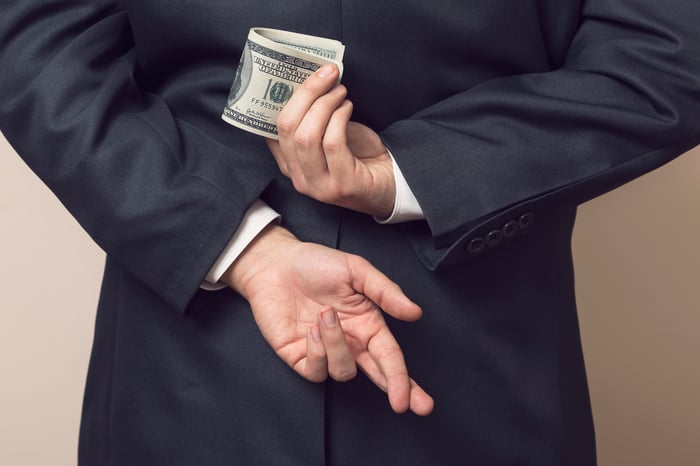 Why does Square sandbag its guidance?

When a company sandbags its guidance, it offers lower-than-expected numbers to temper analyst expectations. This lowers the bar for an earnings beat next quarter and prevents analysts from raising the bar too high with overly bullish forecasts.

When applied conservatively, the strategy can prevent a company's stock and valuations from rushing too far ahead of its business. Square's stock isn't cheap at about 100 times this year's adjusted EPS forecast, and it probably doesn't want that valuation to be inflated into an unsustainable bubble.

But when a company repeatedly sandbags its guidance it becomes predictable and obfuscates its true growth potential. Simply take a look at the gap between Square's guidance (which usually "misses" expectations) and its actual earnings over the past year.

Based on that track record, we can safely assume that Square's third-quarter earnings will meet or beat Wall Street's expectations of $0.22 per share.

Square isn't the only company that plays the sandbagging game. Its rival PayPal (PYPL 1.29%), for example, previously estimated that its second-quarter adjusted EPS would come in between $0.68-$0.70, yet it posted earnings of $0.86 per share.

However, constantly "missing" guidance forecasts steals the thunder from Square's more important growth metrics. As of this writing, many media outlets are bemoaning Square's "downside" guidance instead of highlighting its 87% annual growth in subscription and services revenue, which was supported by the growth of its Cash App, Square Capital, and Instant Deposit services.

Square's Cash App nearly doubled its bitcoin revenue sequentially, indicating that it's becoming a popular platform for bitcoin trades, and the app remains a formidable rival to PayPal's Venmo in the peer-to-peer payments market.

Only a handful of outlets are discussing Square's sale of its food delivery platform Caviar to DoorDash for $410 million, a nice profit from its purchase price of $44.3 million five years ago. That retreat also indicates that it isn't interested in competing in the crowded, margin-crushing food delivery market.

I doubt Square will stop sandbagging its guidance anytime soon. But it should consider changing its ways, since clearer guidance could reduce the stock's near-term volatility, allow investors to focus more on its core growth engines, and paint a clearer picture of its long-term growth.