Shares dropped after the company reported second-quarter results that missed the mark, and cut guidance.

Shares of Intersect ENT (XENT), a medical device company focused on products that treat ear, nose, and throat problems, are down 17% as of 2:10 p.m. EDT on Friday. The huge drop is attributable to disappointing quarterly results.

Here are Intersect ENT's headline numbers from the quarter:

The worse-than-expected quarterly results were bad enough, but management poured salt on the wound by cutting guidance, too: 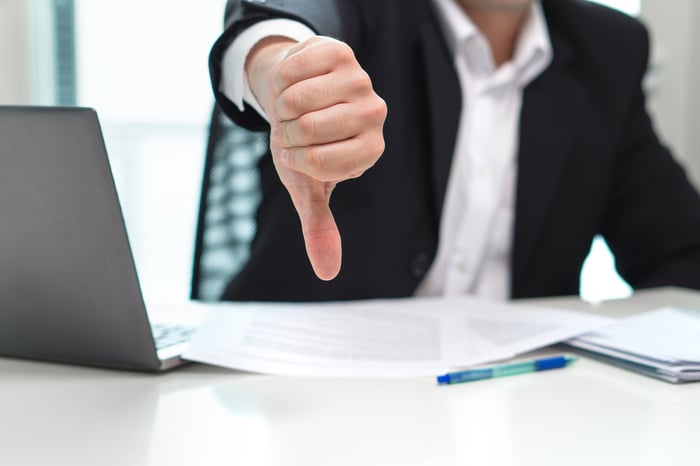 Given the poor results and guidance cut, it's no surprise to see shares getting whacked again.

Intersect ENT recently hired Tom West as its new CEO. West has been in the medical device industry for a long time and has held executive roles at Hologic and at Johnson & Johnson, so he seems to be a good fit to turn this business around.

If West can return Intersect ENT to growth, then shares could be viewed as a bargain today. However, that's easier said than done. That's why my plan remains to root for Intersect's success from the safety of the sidelines, and to be willing to jump in only after we see clear signs that the recovery is taking hold.