Surprisingly, the sell-off was not in response to the company missing earnings in its most recent report. To the contrary, the $0.45 per share in pro forma profit and $3.5 billion in sales that U.S. Steel reported for its fiscal Q2 Thursday evening both exceeded expectations. Wall Street analysts had predicted U.S. Steel would earn only $0.40 per share, and on only $3.4 billion in sales. 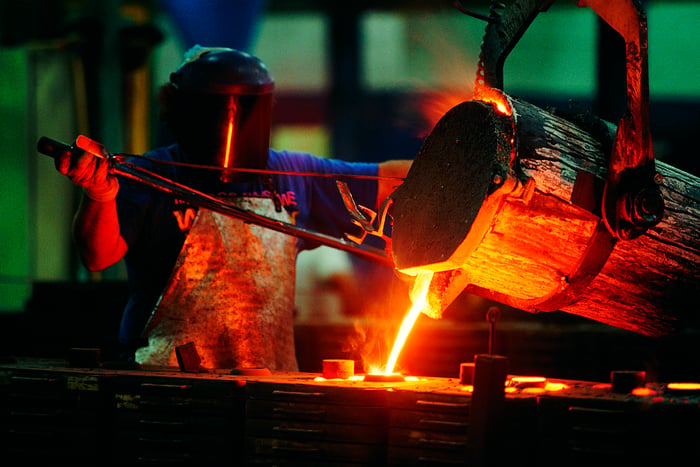 Yet despite "beating" earnings, U.S. Steel's news was still not very good.

Profits as calculated according to generally accepted accounting principles (GAAP) plunged more than two-thirds year over year to land at $0.39 per diluted share. Sales, while not down quite that much, did slip 2%.

Company CEO David Burritt characterized the results as "strong despite challenging market conditions," and insisted that despite the bad numbers, "with each passing quarter, we are making the company more competitive and our continued execution is proof that our strategy is working."

Investors don't seem so sure about that -- and I can't say as I blame them.

While technically still "profitable" as GAAP accounts for such things, the first six months of this year have seen U.S. Steel go deeply into the red from the perspective of free cash flow.

In last year's first half, the company's $293 million in operating cash flow didn't even cover the $381 million in capital investments U.S. Steel made in furtherance of "making the company more competitive." This year, that gap between cash investments and cash generated to pay for them got even worse. So far in 2019, U.S. Steel's cash from operations has grown 25% to $366 million -- but capital investment jumped 65% to $628 million.

Result: Free cash flow for the first half is now negative $262 million -- a cash burn rate three times as bad as what we saw last year. No wonder investors are feeling skittish.