Artificial intelligence (AI) is already transforming virtually every industry, from healthcare to automotive to retail, and its impact will boost global GDP by an estimated $15.7 trillion by 2030, according to a report from PwC. So investors can't afford to overlook this technology.

Of course, some companies are benefiting from AI more than others. Investors looking for artificial intelligence stocks that have the wind at their backs need look no further than Microsoft (NASDAQ:MSFT), NVIDIA (NASDAQ:NVDA), and Splunk (NASDAQ:SPLK) -- the share prices of all three have climbed more than 20% this year. 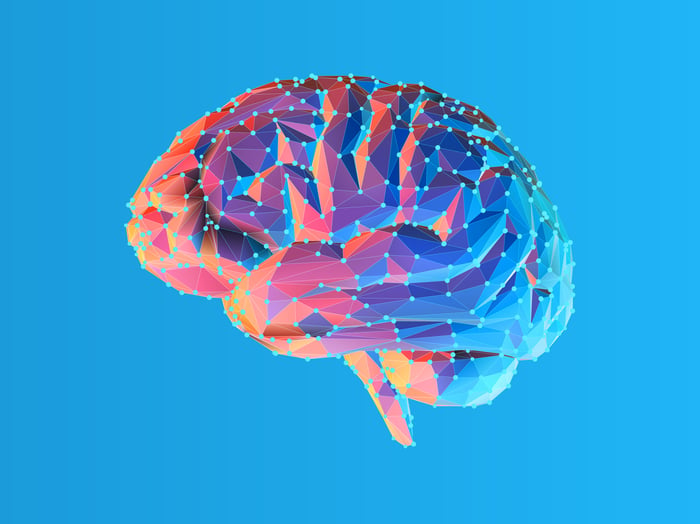 Microsoft already holds a 16.5% share of the public cloud computing market, trailing only Amazon, and is successfully using it to grow its top line. In the most recent quarter, Azure revenues grew 64% year over year.

CEO Satya Nadella said last year that "AI is the run-time which is going to shape all of what we do." Nadella's comments are important to take notice of, especially when investors consider that the artificial-intelligence-as-a-service (AIaaS) market is forecast to reach $77 billion by 2025.

NVIDIA's graphics processing units (GPUs) are among the more sought-after components for artificial intelligence hardware because they do an exceptional job of processing visual information. That's particularly important for image-recognition systems, like the ones that allow driverless cars to see and react to what's around them.

The company has capitalized on its chips' abilities by creating its own driverless car platforms -- the current iteration is the Drive PX Pegasus -- and is working with a growing list of automakers and researchers to help bring autonomous vehicles to the masses. NVIDIA is so confident about the potential of driverless cars that it projects its total addressable market in that segment alone will be $60 billion by 2035.

But NVIDIA's opportunities to profit from AI go far beyond the autonomous vehicle space. For example, the company recently expanded further into the AI data center market through its purchase of Mellanox Technologies. As more companies find ways to make use of cloud-based AI services (see the Microsoft section above), demand should push higher for NVIDIA's data center GPUs. The company believes the total addressable market for data center GPUs will be worth $50 billion by 2023.

Splunk is a hybrid cloud-computing company, and it's tapping into AI to make the services it offers even better. For instance, it has integrated machine learning (ML) into its data sorting services for business, which help companies effectively categorize, search through, and find patterns in massive amounts of data. "With AI and ML, it's possible to use that data to get value not possible with human analysis alone, leading to improved effectiveness and productivity with new insights and automation," the company explains on its website.

Splunk has made some strategic purchases to boost its artificial intelligence prowess, including SignalSense in 2017 and VictorOps last year. Some of these acquisitions are already paying off, and in the most recently reported quarter, Splunk's sales grew by 36% year over year as it added 400 new enterprise customers.

Artificial intelligence services will become increasingly important in the coming years, and Microsoft, NVIDIA, and Splunk will all likely be at the center of the shift toward AI. It's important for investors to remember that AI is just getting started, and while none of these companies are betting exclusively on AI, they will all benefit as this market takes shape.