Microsoft (NASDAQ:MSFT) has been building itself into a major cloud computing player over the past few years, and the recent news that AT&T (NYSE:T) will be using its Azure cloud computing platform and tapping into the cloud-based Office 365 suite for its workers shows just how well those efforts are paying off.

Microsoft said in a blog post this week that it had signed a multiyear deal with AT&T to be its "preferred cloud provider" for the telecom's non-network applications. AT&T has set a goal of migrating its non-network infrastructure to the public cloud by 2024, and this agreement will help make that happen. 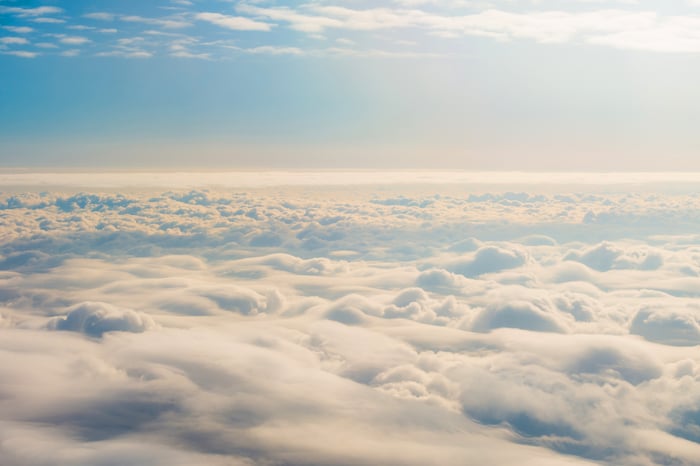 Neither company publicly disclosed the amount of the deal, but sources told CNBC that it's worth more than $2 billion.

"Together, we will apply the power of Azure and Microsoft 365 to transform the way AT&T's workforce collaborates and to shape the future of media and communications for people everywhere," said Microsoft CEO Satya Nadella in a press release.

So why is this deal important for Microsoft, especially considering that the company won't be an exclusive cloud provider for AT&T? Because the $2 billion agreement shows Microsoft is continuing to secure major new deals for Azure at a time when the company's cloud computing segments are already delivering strong results.

Microsoft has successfully reinvented itself, pivoting from its old reliance on its Windows OS and its Office software to its new status as the second-largest public cloud computing company. Only Amazon Web Services (AWS) has a larger share of the cloud computing market. That's important to note because AT&T could have picked Amazon, Google, or a host of other companies for this project, but it chose Microsoft.

Microsoft has seen steady growth across all of its cloud computing segments, including sales growth of 73% from Azure in the second quarter of this year. Additionally, sales of its commercial products and cloud services segment (which includes Office 365) grew 12% in Q2.

This deal with AT&T is yet another signal of how serious Microsoft has become as a cloud computing contender. Microsoft's efforts in its cloud segment are a big part of Nadella’s success as CEO and have pushed Microsoft over $1 trillion in market cap in 2019.

The better news for Microsoft is that there are likely many more similar deals to be won. Cloud computing is still young, and there's nothing keeping Microsoft from building out its share of this expanding market. And for current and prospective Microsoft shareholders, this deal offers more proof that the company is a great long-term cloud computing investment.