The rising prices of gold and silver were only two factors helping to propel this mining stock higher last month.

Adding to their 13% rise through the first half of 2019, shares of SSR Mining (SSRM -2.00%) climbed 13% in July, according to data from S&P Global Market Intelligence. While the increase in the prices of gold and silver contributed to the stock's rise last month, a vote of confidence from Wall Street and the company's report of its second-quarter mineral production represented additional forces contributing to the stock's ascent.

Movements in the stock prices of mining companies are closely correlated with the rise and fall of the market prices of the associated metals. Since SSR Mining's portfolio is most heavily weighted toward gold production -- it accounted for 87% of revenue in 2018 -- the stock's boost is unsurprising considering the price of the metal rose 2.7% last month. Silver also plays a role, representing 12% of revenue in 2018, so the fact that the price of silver rose 8% in July deserves partial credit for the stock's movement. 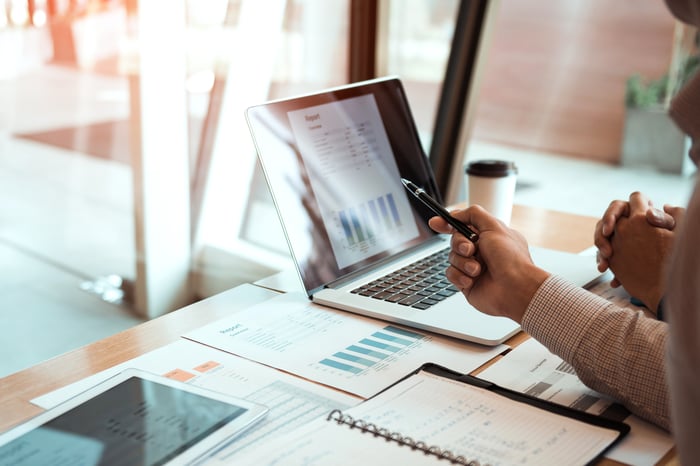 In addition to the prices of commodities, investors were motivated to pick up shares last month thanks to a positive nod from Wall Street. In late July, Ryan Thompson, an analyst at BMO Capital, raised his price target to $19.50 from $16.50 at BMO Capital, maintaining an outperform rating on the stock, according to TheFly.com. Thompson's bullish outlook is especially noteworthy considering the last analyst action on the stock was a downgrade from Scotiabank to sector perform from outperform in early April.

Reporting Q2 mineral production of 98,000 gold equivalent ounces (GEO), SSR Mining suggested to investors that 2019 was shaping up to be more lustrous than expected. Paul Benson, SSR Mining's president and CEO, commented in the report that "Our strong first six months of the year put us in a favorable position to meet or exceed our annual production guidance for the eighth consecutive year." In its Q4 2018 results, SSR Mining forecast 2019 GEO production of 370,000 ounces to 415,000 ounces.

In light of the upward movements in the prices of commodities and a bullish opinion from Wall Street, the rise in SSR Mining's stock is unsurprising. And while management's suggestion that the company may exceed its mineral production forecast is exciting, those who recognize SSR Mining as a glittering opportunity should place greater significance on the company's Q2 2019 earnings report, which is expected on Aug. 9, to see how costs compare to the unexpectedly high mineral production.

The Stock Market Is "Plunging": 3 Investments That Can Thrive

17 Trillion Reasons to Own Gold and Silver Stocks Right Now