Please ensure Javascript is enabled for purposes of website accessibility
Log In Help Join The Motley Fool
Free Article Join Over 1 Million Premium Members And Get More In-Depth Stock Guidance and Research
By Scott Levine – Aug 3, 2019 at 11:07AM

It wasn't only one factor that helped this royalty and streaming company to glitter brightly last month.

Extending the 20% climb they've experienced through the first half of the year, shares of royalty and streaming company Royal Gold (RGLD -1.76%), rose 12% in July according to data from S&P Global Market Intelligence. In addition to the uptick in the prices of commodities, votes of confidence in the stock from Wall Street helped push shares higher.

As a royalty and streaming company, Royal Gold provides up-front payments to miners. In return, it receives the rights to purchase the mined metal at a preset price or receive a percentage of mineral production. The company has exposure to various minerals, but gold, by far, accounts for the lion's share of the company's revenue -- about 77%. Consequently, shares of Royal Gold are closely correlated with the price of gold. And with the price of the yellow stuff rising 2.7% in July, it comes as little surprise that Royal Gold also inched higher. It wasn't only the price of gold, however, that warrants recognition. Accounting for approximately 9% of the company's revenue, silver also represents an important metal in the company's portfolio, so the 8% rise in the price of silver also deserves partial credit for the stock's movement. 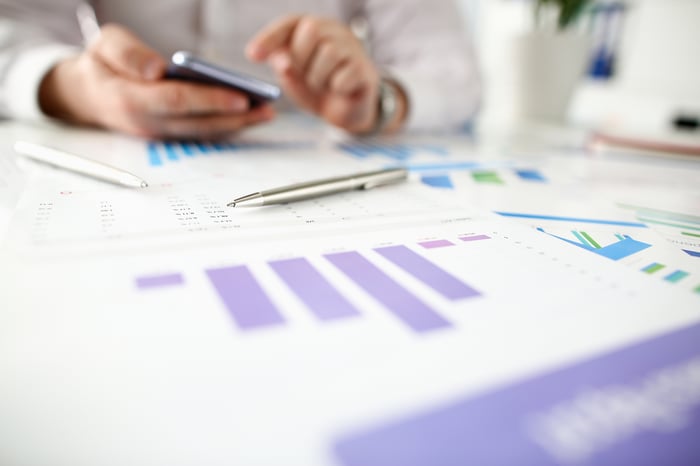 Besides the upward movements in the prices of metals, the bullish sentiment from Wall Street motivated investors last month. Matthew Murphy, an analyst at Barclays, revised his price target upwards to $105 from $88, according to Thefly.com. Murphy wasn't alone in espousing the view that Royal Gold's shares have additional upside. Several days later, Adam Graf, an analyst at B. Riley FBR, increased his price target to $125 from $100, stating that the company is "one of the few USA-incorporated, large-cap, high-quality gold plays" and maintaining a buy rating on the stock.

The rise in July of Royal Gold's stock comes as little surprise considering the upward movements in the prices of gold and silver; likewise, bullish opinions from Wall Street frequently influence the actions of those on Main Street. For those who recognize Royal Gold as an alluring opportunity, however, greater significance should be placed on the company's Q4 2019 earnings report, which is due next week.