Shares of WD-40 (NASDAQ:WDFC) rose 14.2% in July, according to data provided by S&P Global Market Intelligence. There can be little doubt about why, with the third-quarter earnings acting as a prompt for a high-single-digit gain on the day following their release.

The results need to be put in the context of the previous quarter's earnings, when the company's flat sales raised concerns that it would fail to hit its guidance for 2019. Given that the stock has traded in a range representing 35 to 40 times the midpoint of its forecast EPS in 2019, it's hard to make the case that the stock is cheap, and any failure to meet guidance is likely to hit the company hard. 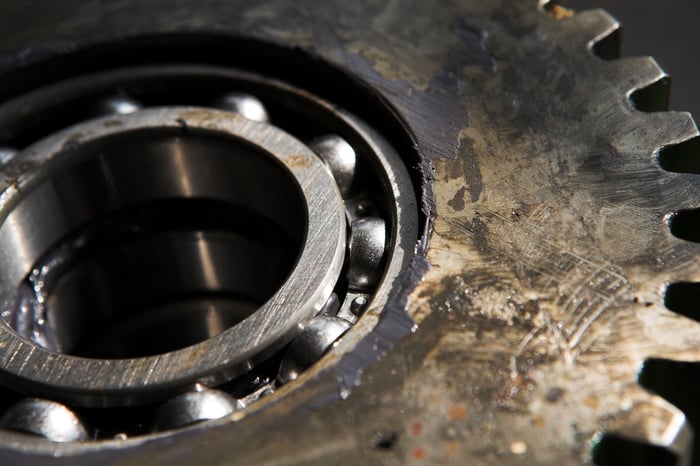 Going back to the second quarter, management had identified two key events behind the sales shortfall, and both of them affected its core WD-40 multi-use product, causing a 6% decline in sales in the U.S. As such, total company sales fell 2% in the Americas region during the second quarter and were flat on an overall basis.

Those events were "rotation of products that periodically occurs in the warehouse-club channel, as well as some delayed promotions with a key U.S. customer," according to CEO Garry Ridge.

Both events were seen as one-offs, but it was only when the third-quarter results came in that most investors could have felt fully confident the effects wouldn't be lasting. Sales rose 7% in the third quarter. "The Americas segment came in under our targeted growth rate for the segment because they had a particularly strong comparable period last year," Ridge said.

Ultimately, management reaffirmed guidance for net sales to increase 4% to 7%, a range of $425 million to $437 million. Moreover, full-year EPS guidance was actually raised to a range of $4.58 to $4.65 (up from $4.51 to $4.58) on the back of a lower income tax rate -- which will more than offset less-favorable exchange rate movements.

The key is for WD-40 to hit its guidance for 2019. Ridge has already told investors that reported sales could come in at the low end of the range due to unfavorable currency movements. That said, the number to focus on will be sales growth in the Americas in the fourth quarter. The recently reported third-quarter earnings came up against a tough comparison -- Americas sales rose 8% in the third quarter of 2018 as customers bought ahead of a price increase.

But sales growth in the Americas was just 2% in the fourth quarter of 2018, and that's a number that investors will be hoping WD-40 can beat handsomely in the upcoming quarter.