WD-40 (WDFC -1.81%) issued fiscal third-quarter results on Tuesday, July 9 that appeared to placate investors' nerves. Shares of the lubricant manufacturer gained 8.5% in the Wednesday trading session that followed the release.

Below, we'll discuss salient details from the quarter, as well as the factors behind shareholders' positive reception of the report. (Note that all comparative numbers in the discussion that follows are presented against the prior-year quarter.)

What happened with WD-40 this quarter? 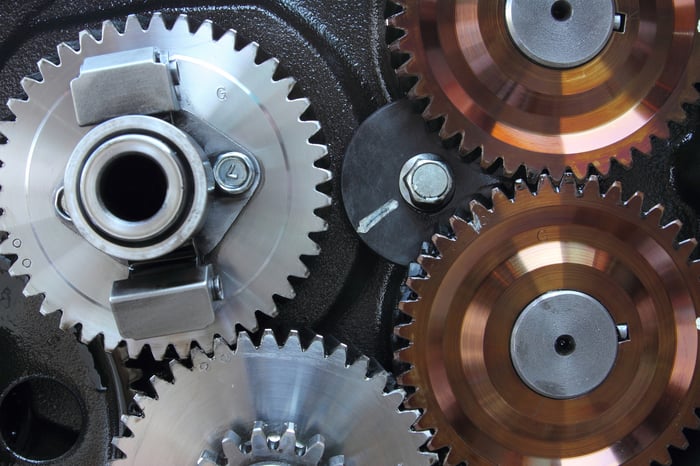 In WD-40's earnings press release, CEO Garry Ridge lauded the organization's sales performance. He also returned to a recurring theme in WD-40's business -- namely, that the company really doesn't have a seasonal sales pattern and a changing mix of products and promotions within geographic regions can cause sales volatility that investors should be prepared for:

We had a solid quarter with consolidated net sales up 7 percent from last year and in-line with our targeted compound annual growth rate. The Americas segment came in under our targeted growth rate for the segment because they had a particularly strong comparable period last year. This is because in the third quarter of last year many of our customers in the Americas were buying high volumes of product in advance of our planned price increases in the region. Overall, we are pleased with the solid progress we have made for the year and remain confident that our strategic initiatives are well positioned to carry us into the future. While we continue to see fluctuations in certain markets from time to time, our long-term growth plans remain stable and we expect we will continue to deliver on our expectations.

After slipping back into the well-oiled gear of 7% quarterly revenue growth and with three months left in the fiscal year, WD-40 is confident regarding its full-year financial projections. The company still expects fiscal 2019 sales to land between $425 million-$437 million, which will mark 4%-7% year-over-year growth.

The company tweaked net earnings and diluted earnings per share (EPS) projections, however. Management now anticipates that net income will fall between $63.3 million and $64.4 million, against a previous expectation of $62.2 million-$63.2 million. Diluted EPS are now projected to land between $4.58 and $4.65, versus last quarter's benchmark of $4.51-$4.58.

While these slight adjustments were welcomed by shareholders, it's important to note that they stem primarily from a revision of the company's expected tax rate for the year. A smaller bill from Uncle Sam will result in more earnings per share in 2019.

WD-40 Earnings: What to Watch