Even its reduced full-year guidance assumes very strong growth in the fourth quarter.

Advanced Micro Devices (AMD -1.22%) has launched a solid slate of new products this year, including its third-generation Ryzen PC CPUs and a pair of competitive mid-to-high-end graphics cards. Also coming this year is the second generation of AMD's EPYC server CPUs, which will help the company continue to chip away at Intel's dominant market share.

Despite successful product launches, AMD cut its full-year guidance when it reported its second-quarter results. The company now expects to produce mid-single-digit revenue growth for the year, down from a previous expectation of high single-digit growth. Weakness in the semi-custom business, particularly game console chips, led AMD to reduce its outlook. 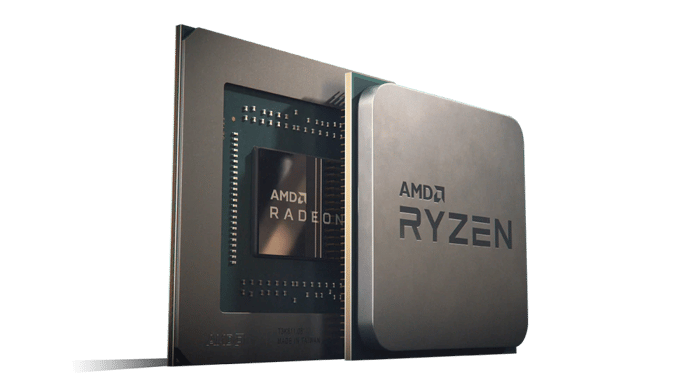 Because AMD suffered from weak graphics card demand in the first half of the year, as the cryptocurrency-driven inventory correction ran its course, the company finds itself starting the second half from behind. First-half revenue was down about 17.6% from 2018, leaving AMD with a lot of ground to make up. And with guidance calling for just 9% growth in the third quarter, AMD will need a monumental fourth quarter to hit its full-year guidance.

What AMD needs to do

Here's how AMD's quarterly revenue has evolved this year:

AMD is about $600 million behind 2018's pace after the first half of 2019. If the company hits the midpoint of its guidance for the third quarter, it will be about $450 million behind going into the fourth quarter.

In order to grow full-year revenue by 5%, AMD needs about $2.2 billion of revenue in the fourth quarter. That represents year-over-year growth of 55%.

When asked about this implied fourth-quarter guidance during the earnings call by an analyst, AMD CEO Lisa Su pointed to all the new products launching this year:

... our view is that we have significant amount of product launches to happen. So as we go through the third quarter and the fourth quarter, both on the PC side, the GPU side as well as on the server side. So, yes. It is significant growth, and I think we feel good about sort of the drivers there.

A lot has to go right

AMD will need to produce an extra $400 million of revenue in the fourth quarter compared to the midpoint of its third-quarter guidance to hit its full-year guidance. Because the game console business seasonally peaks in the third quarter, as console makers are ramping up inventory for the holiday season, AMD's slate of new products will need to pick up the slack.

In the fourth quarter of 2018, revenue for the semi-custom business declined by nearly $300 million from the third quarter. This segment contains server chips, so the growth of AMD's EPYC may reduce the seasonal decline this year. But a decline is still likely, given AMD's slow progress winning server market share.

AMD's Ryzen CPUs and graphics cards are going to need to be big sellers in the fourth quarter for AMD to hit its target. That's certainly possible -- AMD's current product lineup is its strongest in many years. But graphics card demand coming out of the first-half slump may be hard to predict, and Intel is rumored to be planning new desktop CPUs that could cut into Ryzen's sales.

An ultra-strong fourth quarter for AMD isn't out of the question, but it's also far from a guarantee.

Timothy Green has no position in any of the stocks mentioned. The Motley Fool owns shares of Intel and has the following options: short September 2019 $50 calls on Intel. The Motley Fool has a disclosure policy.