It's been an eventful year for Allergan (NYSE:AGN). That's to be expected, with AbbVie announcing in June that it plans to acquire the drugmaker for $63 billion.

Allergan added another twist to its eventful 2019 when it announced its second-quarter results before the market opened on Tuesday. Here's what you need to know from the Q2 update. 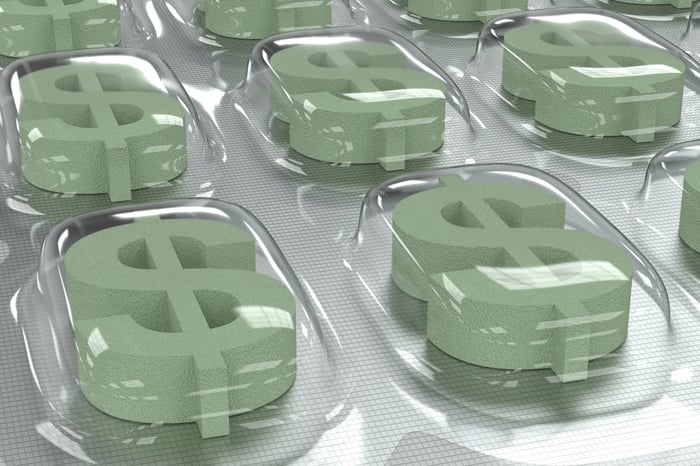 Allergan announced Q2 revenue of $4.09 billion, a slight decline from the $4.12 billion in the year-ago quarter. But revenue was still higher than the average analysts' estimate of $3.94 billion.

The drugmaker announced a net loss in the second quarter of $5.37 per share under generally accepted accounting principles (GAAP). This represented significant deterioration from the net loss of $1.39 per share in the year-ago quarter.

On the other hand, the bottom line looked much better on a non-GAAP (adjusted) basis. The company reported Q2 adjusted net income of $4.38 per share, versus $4.42 in the prior-year period. This beat the average analysts' earnings estimate of $4.35 per share.

There were also several milestones in the second quarter:

Look for lots of activity on the commercialization and regulatory fronts. Allergan plans to launch CoolTone in the second half of 2019. An FDA decision on Botox in treating pediatric patients with lower limb spasticity is expected by Q4 of this year. An approval for migraine drug ubrogepant is anticipated by December 2019. Allergan also expects the FDA to approve bimatoprost sustained-release in the first half of 2020.

In addition, a European decision for abicipar in treating neovascular age-related macular degeneration is expected in the second half of 2020.

And the big development for Allergan is the pending acquisition by AbbVie. That deal is expected to close in early 2020.